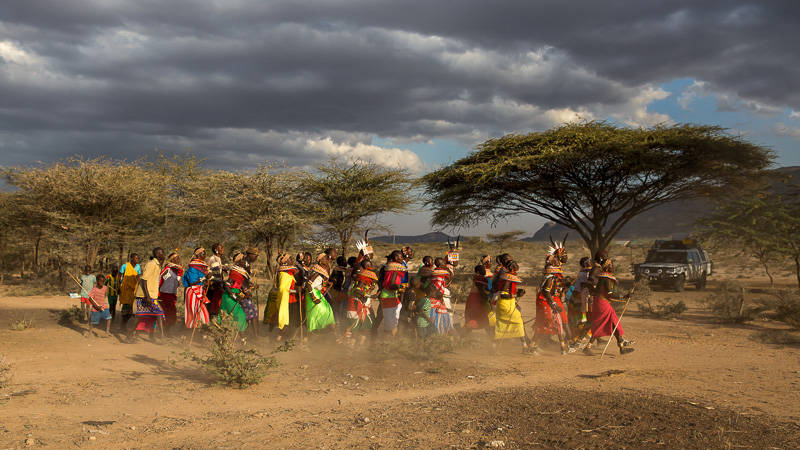 During the time I  spent with Kingsley Holgate and his team on the Chew Bahir Expedition, we spent two days in Samburu country and while there, were invited a traditional Samburu wedding!

Samburu weddings are filled with traditional ceremonies throughout the day, but it’s in the late afternoon, when the energy of the celebrations climax and the colors of an entire community come together. 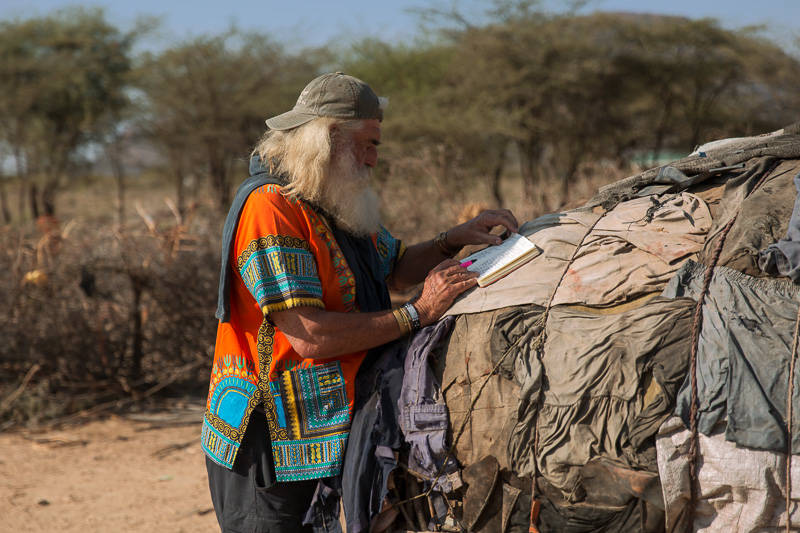 Kingsley Holgate capturing the morning events and facts into his journal. 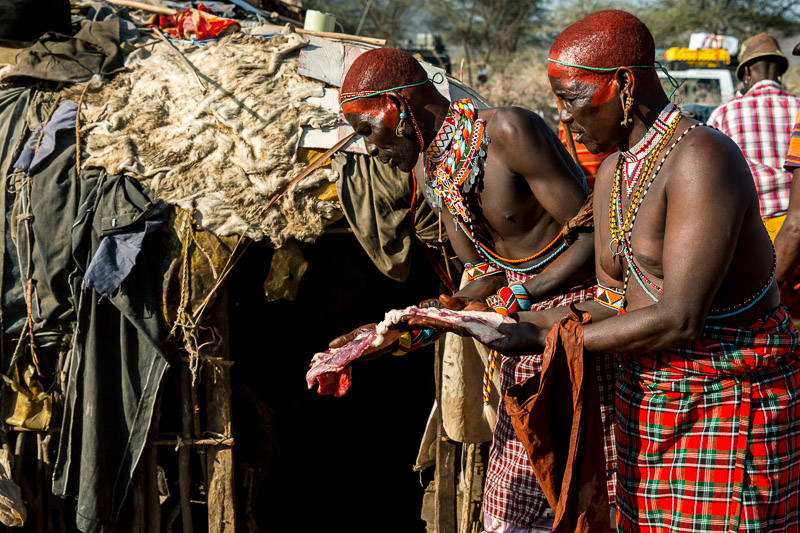 Samburu Grooms handing meat into a hut with their brides to be inside. 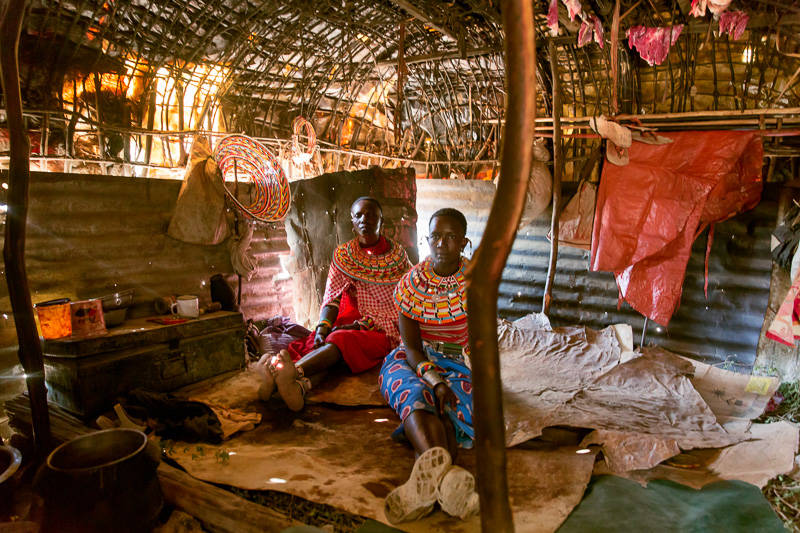 These are the two Samburu brides to be

This African Moment started in a little Samburu village just outside Archers Post.

The women all gathered together in a circle of song and chants, all in perfect unison. It was certainly a highlight of the trip, hearing the many voices of Africa and the various songs that accompanied them. These voices were especially beautiful and were such a treat to listen to while running around snapping photos of it all. 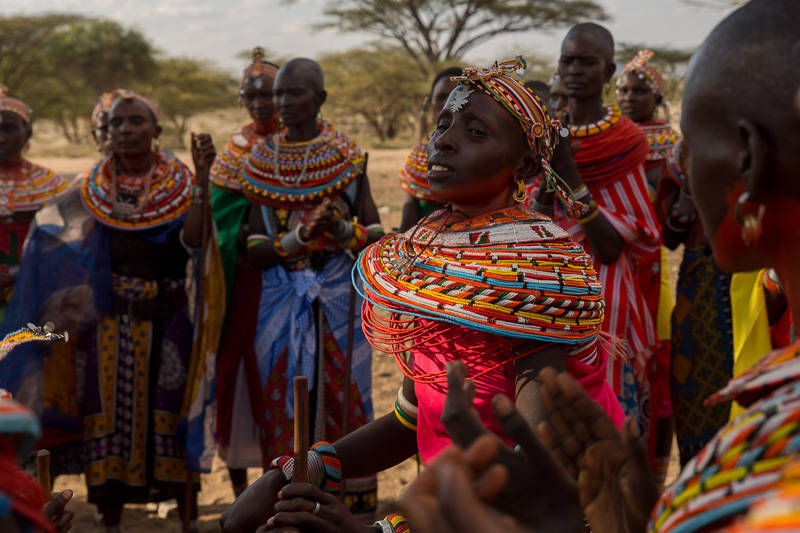 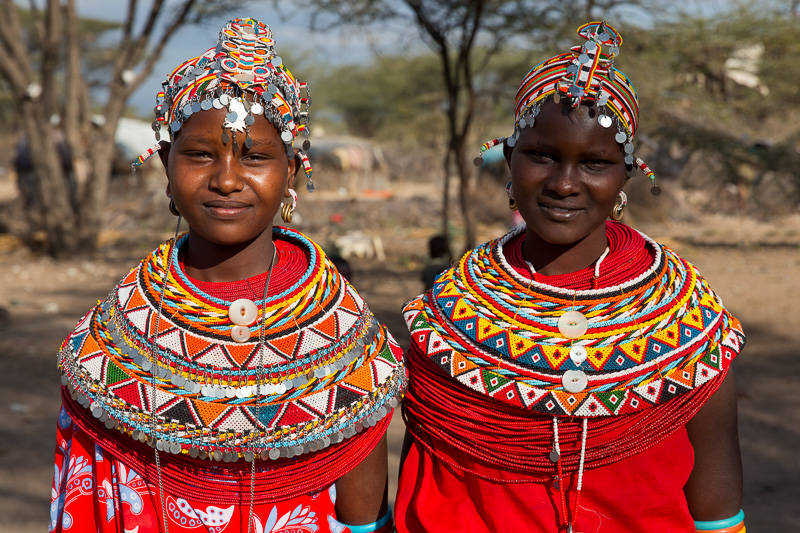 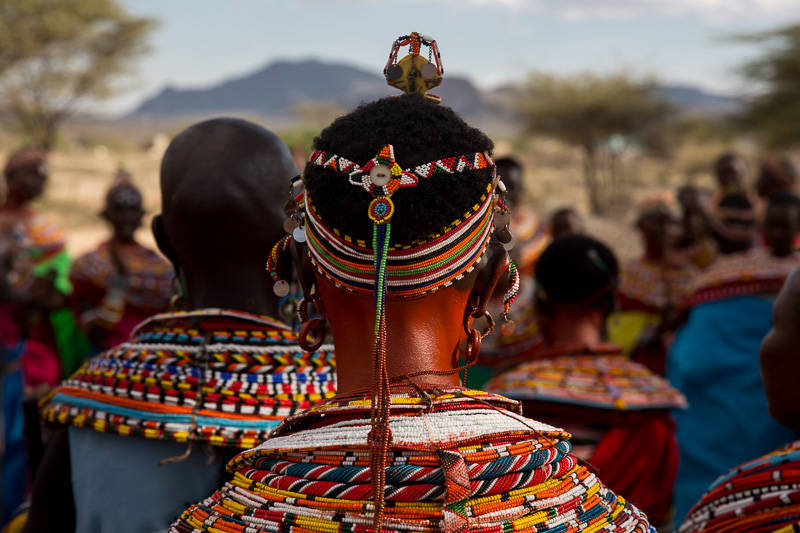 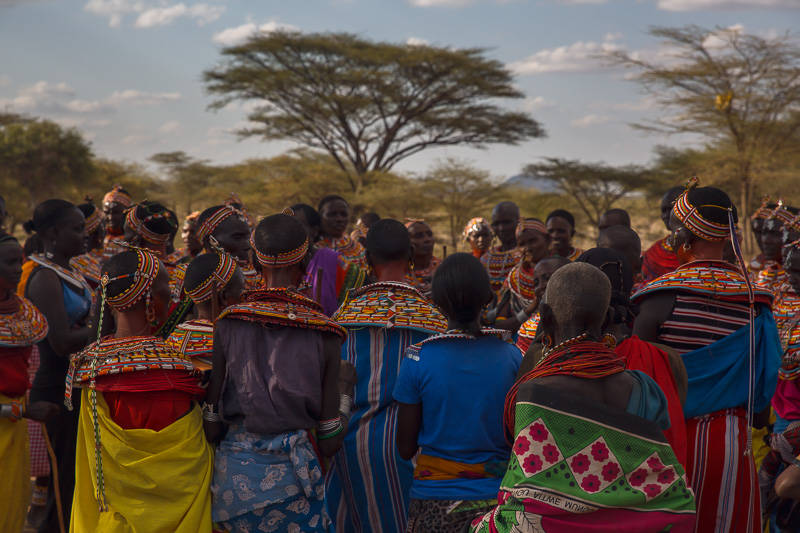 The Samburu Ladies in a Circle singing and chanting

After about half an hour of snapping photographs of the various faces I’d seen through the day, along with a few ceremonies for the newly weds, Kingsley walked past and brought my attention of the Moran Warriors standing about 300m away from the ladies.

The words were no sooner out his mouth that a deep sounding chant started from where they were standing, accompanied by grunts out their throats as they all jumped up and down in a trance-like state.

This immediately broke apart the circle of singing ladies, who ran over to the men, stood right in front of them in a group and starting chanting with them men, almost challenging them to some kind of communal contest. It was a beautiful sight and still gives me goosebumps just thinking about the purity of it all. 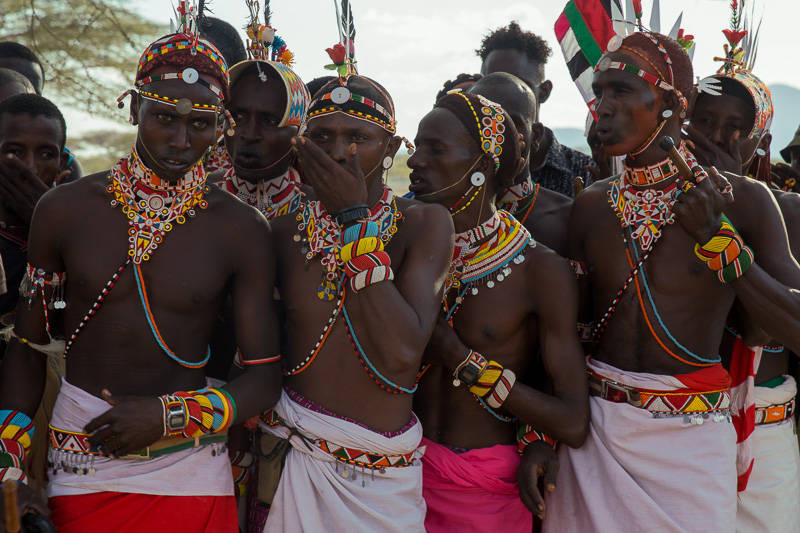 Some of the Moran Warriors hyping themselves up. 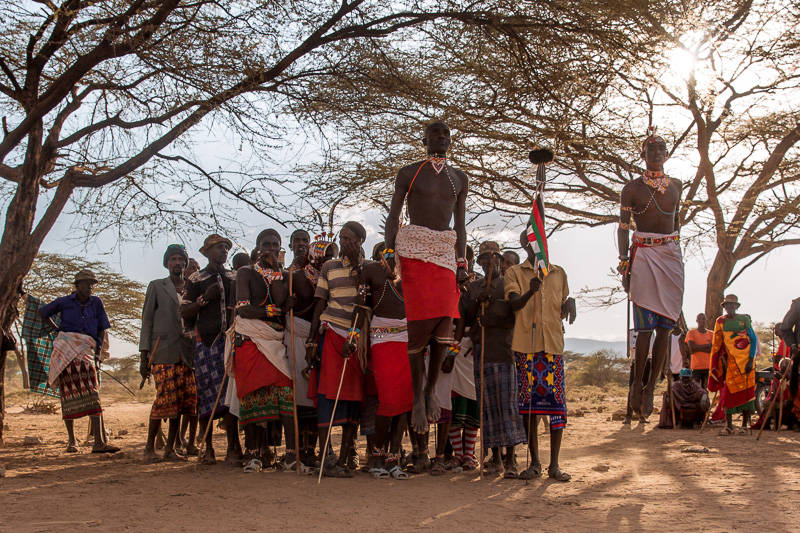 The Moran Warriors jumping in a trance-like state 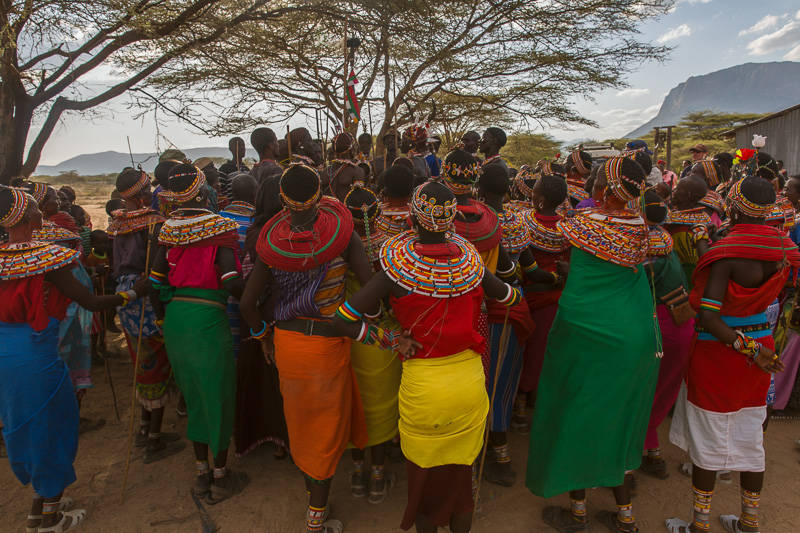 From this point on, the entire village exploded into one of the most amazing communities I’ve ever seen with the late afternoon light, really making those colors pop. .

At one point, there was a group of about 50 villagers, if not more, dancing around and kicking up the dusty earth beneath their feet as they snaked from one side of the village to the other with interlocked arms.

It was truly one of the most colorful weddings I’ve ever been to and the sounds of those chants and deep grunts will forever be remembered! 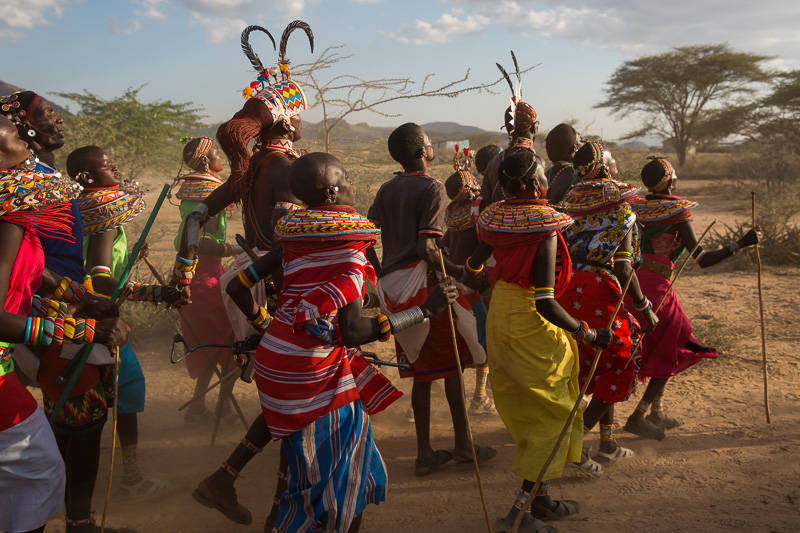 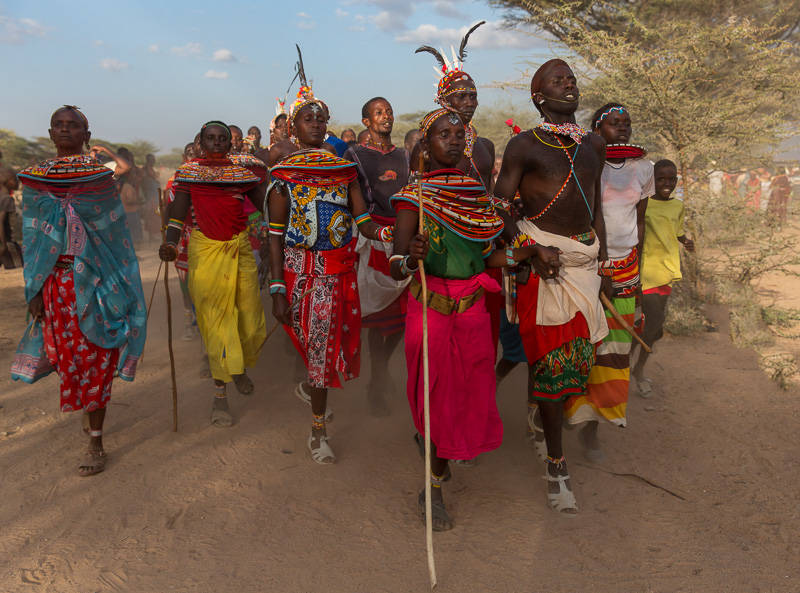 Here are a few more photos taken on the day and if you’d like to read more “African Moments” stories, click here.

Fathers of the Wedding Couples 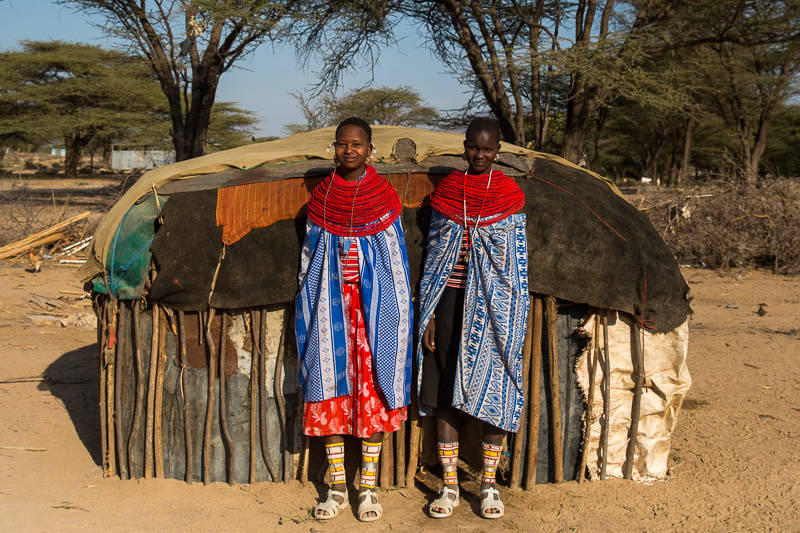 Samburu Women standing outside their hut 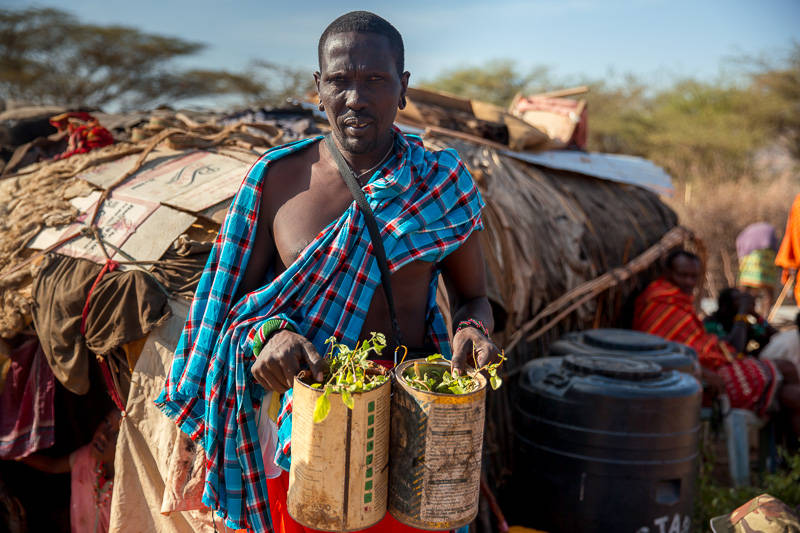 These tins contain pieces of sheep fat and leaves. They are part of the wedding ceremony, of which one is for the men, the other the women. 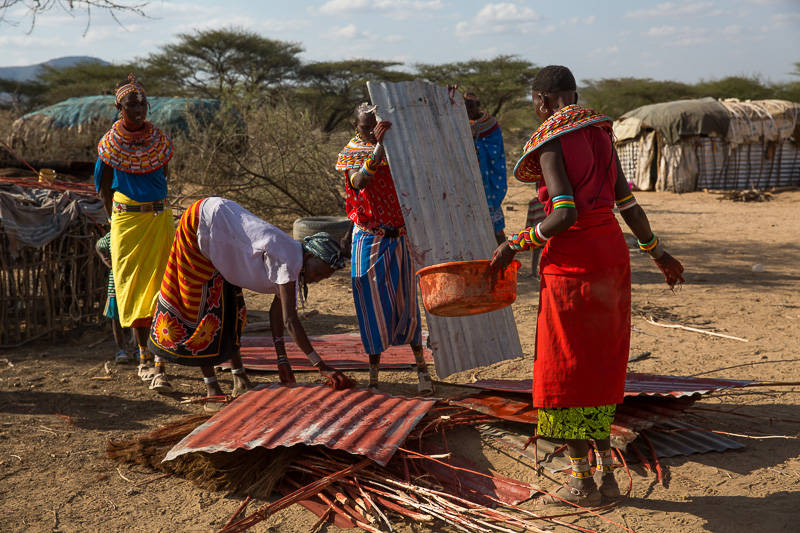 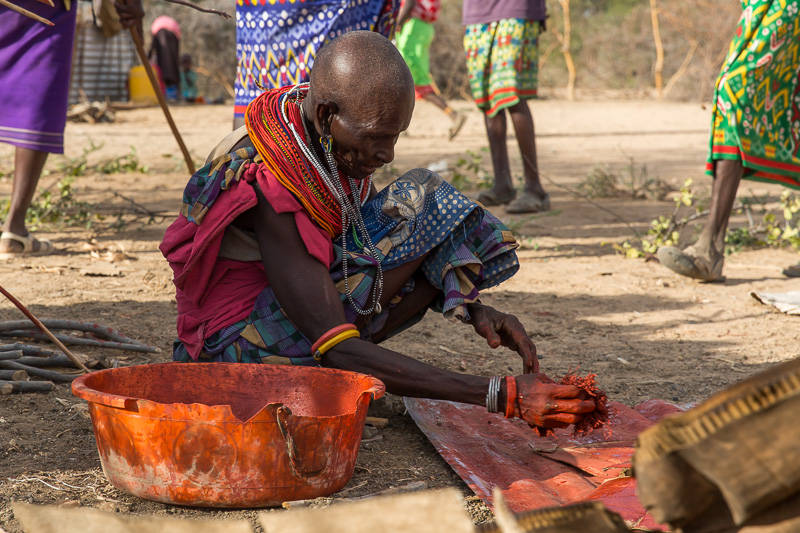 This elderly lady is painting the temporary hut with red-orche. This hut was also used for the final ceremony later that night, the Female Circumcision. 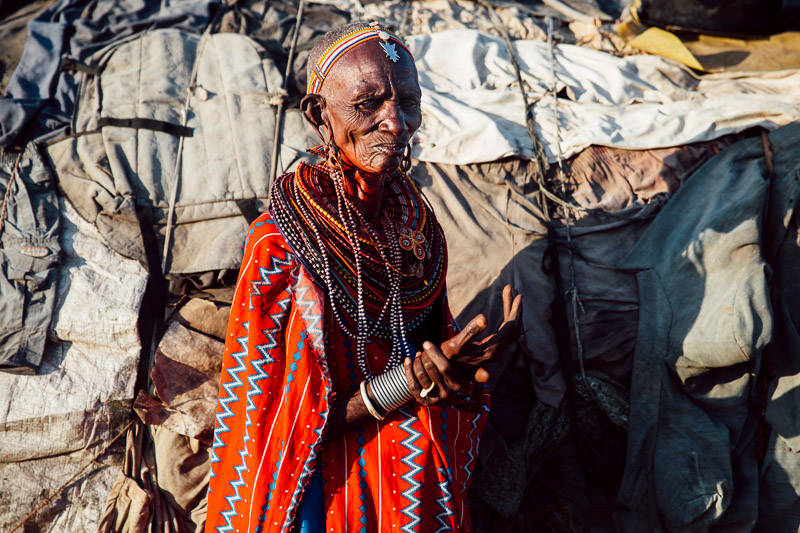 An elderly Samburu Mother stands outside the bridal hut of her daughter.