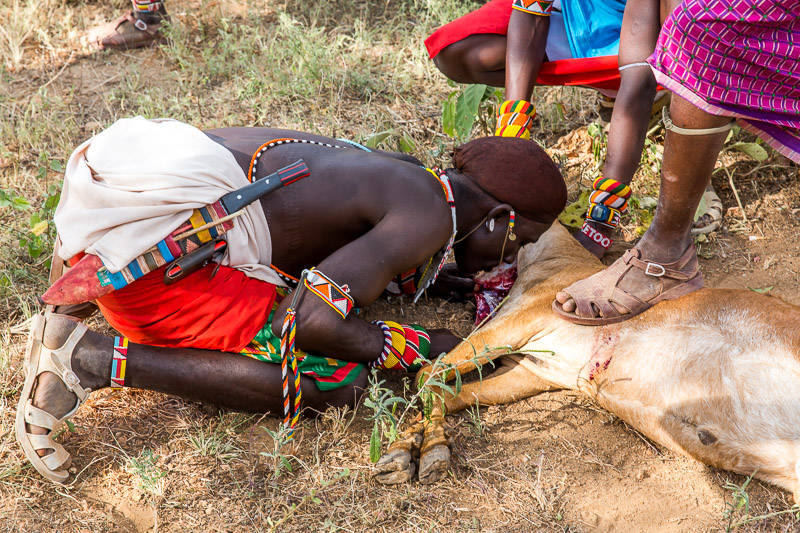 Nothing could have ever prepared me for drinking warm blood from a goat I’d just watched get slaughtered by a group of Samburu men known as Moran Warriors.

This took place on my very first day with Kingsley Holgate and his “Chew Bahir Expedition Team” at a Samburu ceremony just outside Archers Post in Northern Kenya. 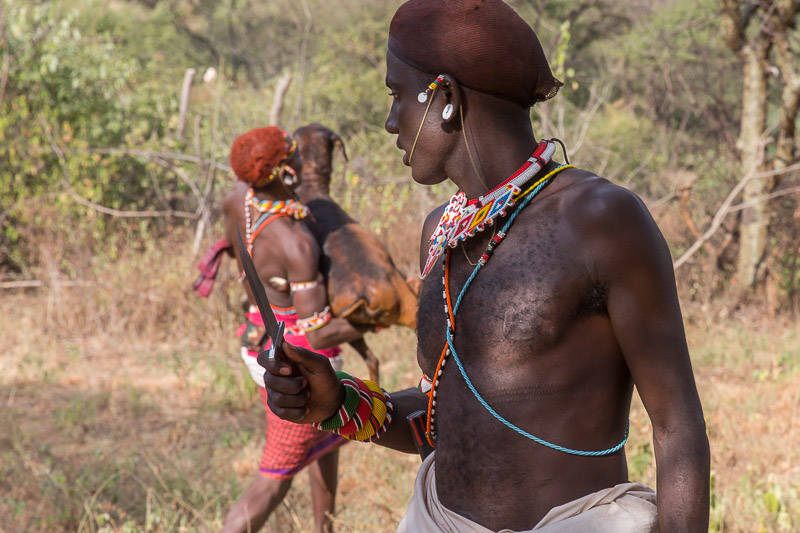 You see, the Samburu people believe that the blood from a goat gives them strength and is actually used as a food substitute when mixed with goat milk.

The goat was slaughtered as part of a traditional ceremony that the Samburu have been doing for generations which we happened to stumble upon and so as to respect them for allowing us to watch the slaughter, Ross Holgate and I joined in and drank blood directly out of the neck too.

The experience itself was unique in every possible way!

As I put my mouth to the piece of skin the men had carefully shaved back to catch the blood pumping out the slit jugular of the dying goat, I felt it’s warmth and immediately sucked it in.

The blood had already congealed somewhat so when as I sucked it back, three massive globs of blood went shooting to the back of my throat and all I could taste was Iron!

I swallowed immediately because just the thought of having it swirl around would have made me sick! I stood up to see myself being filmed by Ross and the only thing I could say was “NASTY”, because that’s exactly what it was. 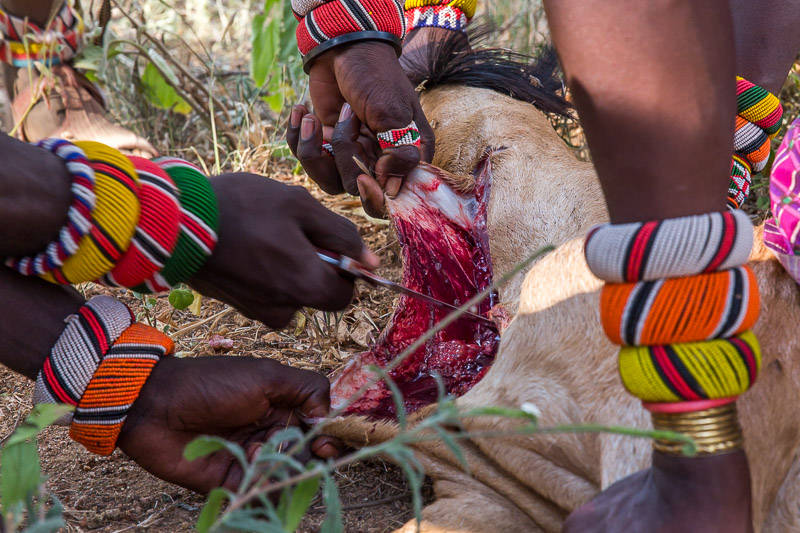 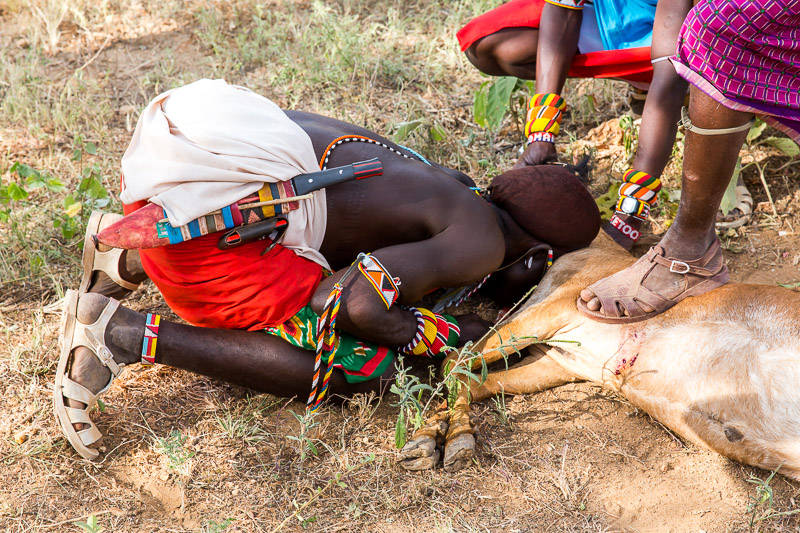 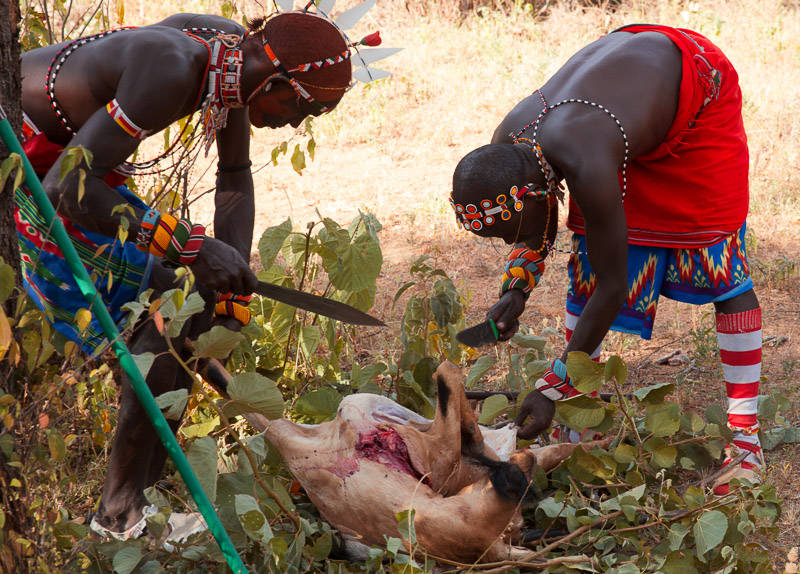 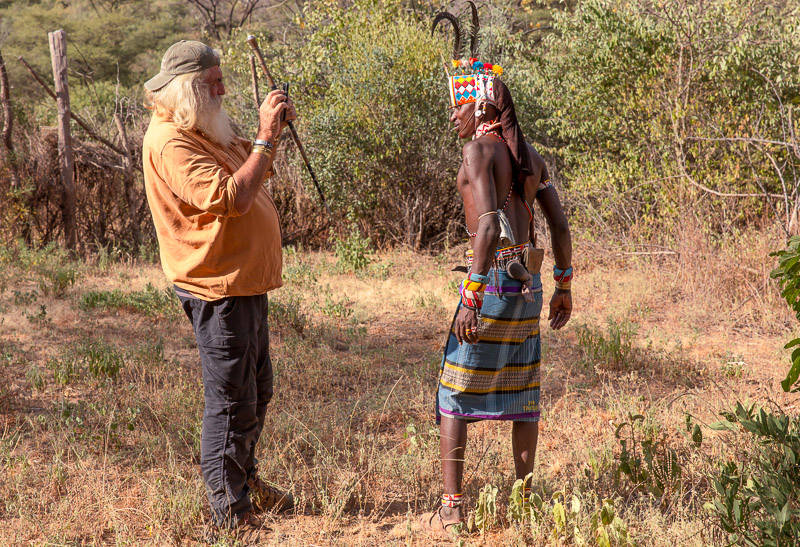 After that, I was called “Damu Mike” by Lumabye, the Kenyan guide who joined on the expedition. The word “Damu” is Swahili for Blood!