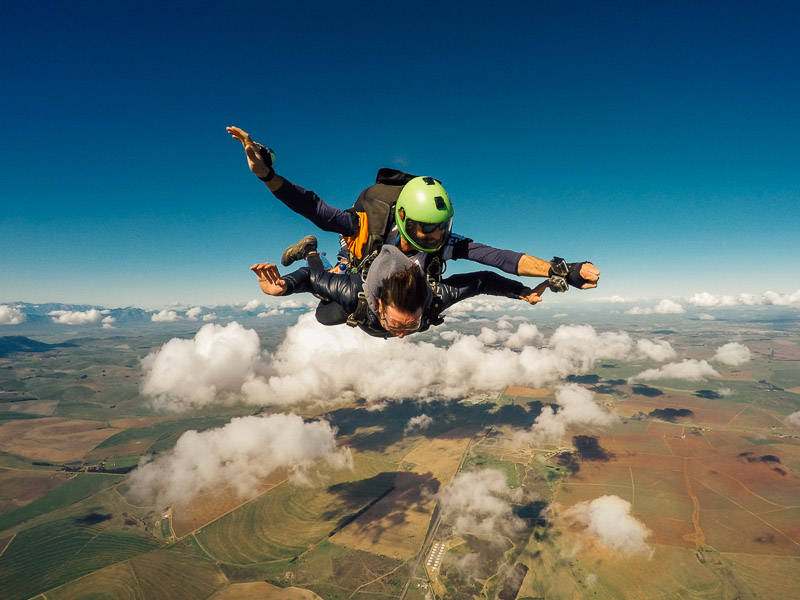 For as long as I’ve been dreaming and remember those dreams to be more specific, I’ve had at least 5 successful flights, but little did I know that flying in reality would be as exhilarating as it was when I flew for the first time with Mother City SkyDiving just outside of Malmesbury.

The call came in at around 9am with a friendly voice on the other side saying, “Happy Tuesday Mike, conditions are perfect for sky diving, are you ready?”.

My heart jumped into my throat as I responded with a HELL YES, and 15 minutes later, I was in my Polo with Google Maps plugged in to take me right to where there was a plane waiting for me.

The drive out to Malmesbury from Camps Bay is just over 80km and took me just over an hour to get there via the N7. If you’re thinking of going, just take the short Stop & Go into account as this added 10 minutes onto my time.

Upon arrival, I got introduced to the team I’d be flying with and after signing the indemnity form, I was strapped up and taken to a plane waiting to take us up to 11,000ft. 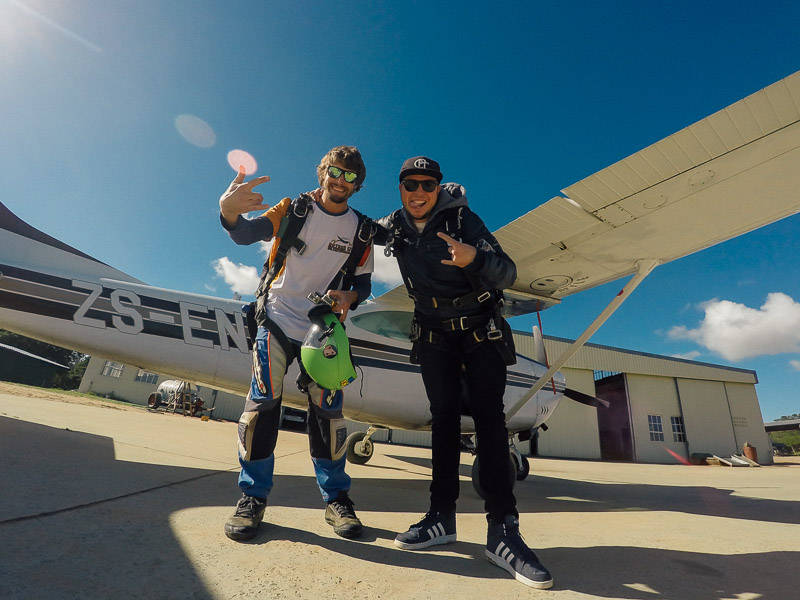 Before jumping, all guests are asked if they want to be filmed & photographed or not, and Mother City SkyDiving has 3 options available to guests:

I went for the full package, so when we went up, the plane took myself, the person I was strapped to and then a third person who jumped on his own and flew around us filming my jump.

I HIGHLY recommend going for the full media package because this way, you get to capture your entire experience, without having to worry about taking the pictures or record the video. 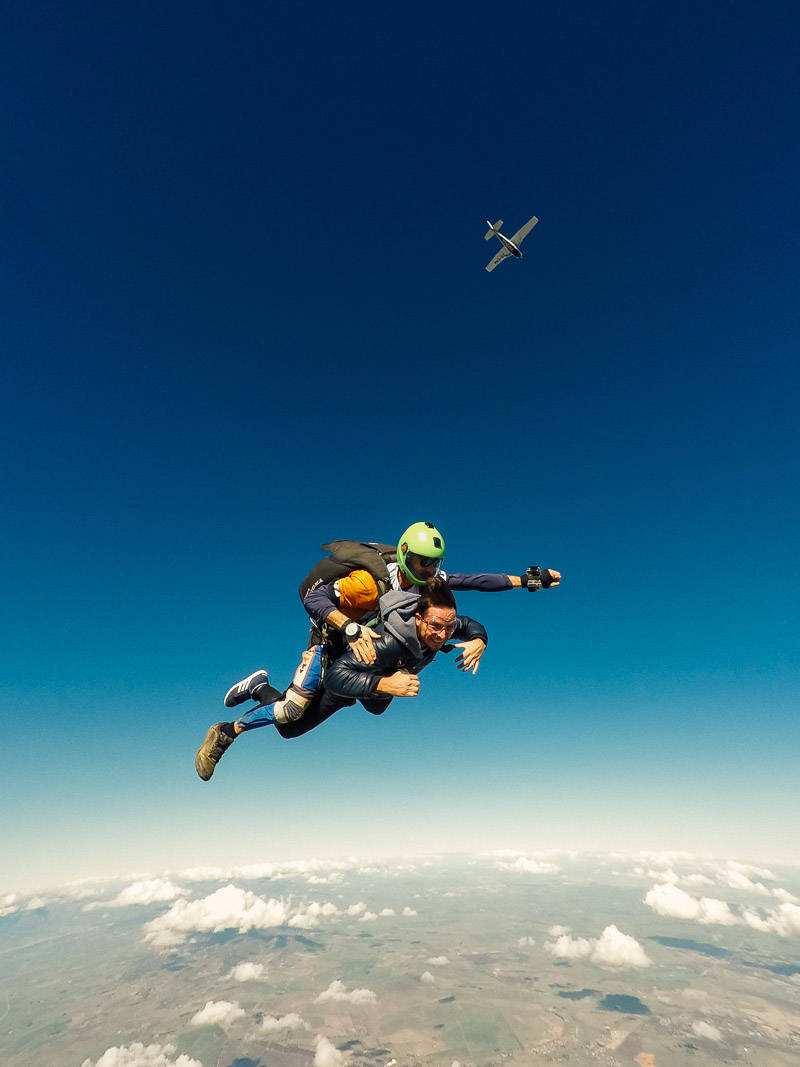 What’s more awesome is that they put a video together for you after your jump, which does take a day or so to edit, but then it is sent to you via the Mother City SkyDiving Cape Town Vimeo account and all hi-res photos are sent via Dropbox.

So, jumping out of an airplane at 11,000ft was probably one of the most epic things I have EVER done!! The feeling is completely different to Bungee Jumping, which I once did in Costa Rica.

The moment the door opened, everything got noisy with the sound of the freezing cold wind rushing around my ears. I get shimmied backwards towards the door and upon looking out, I saw the 2nd cameraman hanging onto the wing with a massive grin on his face. 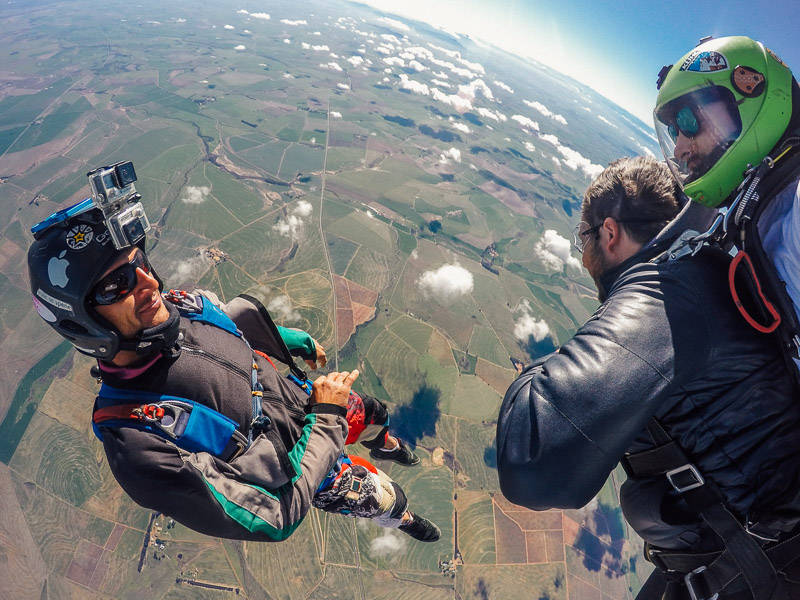 I move around to let my feet hang out of the plane and then it is 3, 2, 1 and out we fall into nothingness!! I’ve got a massive smile on my face writing this as it took me back over and over again. 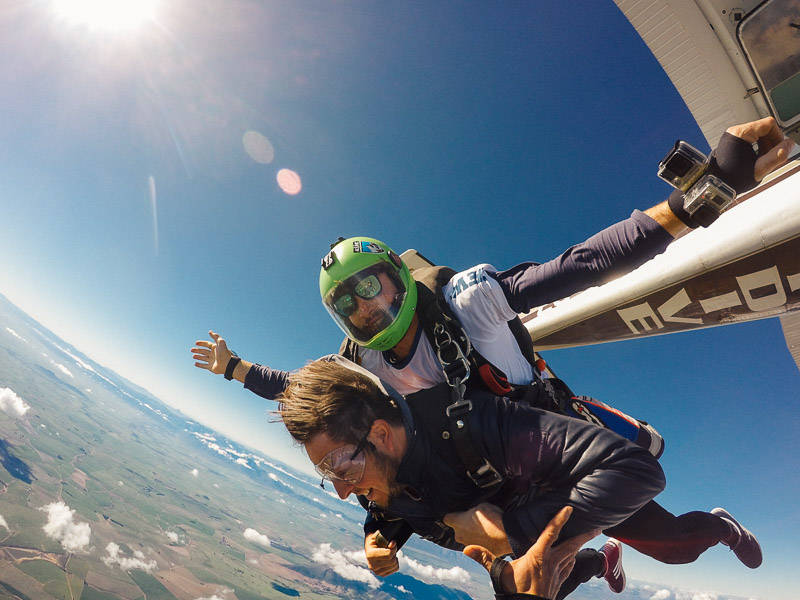 The initial shock that you’re falling goes away within a second or two and from that point on, it is absolute bliss!! I was essentially, “flying”!! Well, J.J. who I was strapped to was doing the flying, and technically we were falling, but I WAS FLYING!

The fall itself lasted 39,6 seconds! I’ve watched it over and over to time it from the video that was recorded. It was the first 39,6 seconds of hundreds of hours more I want to do in the future. 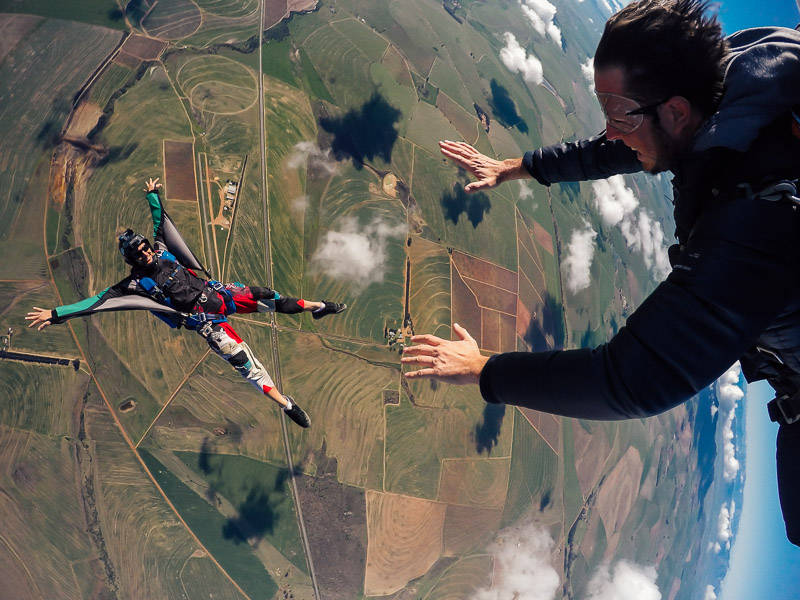 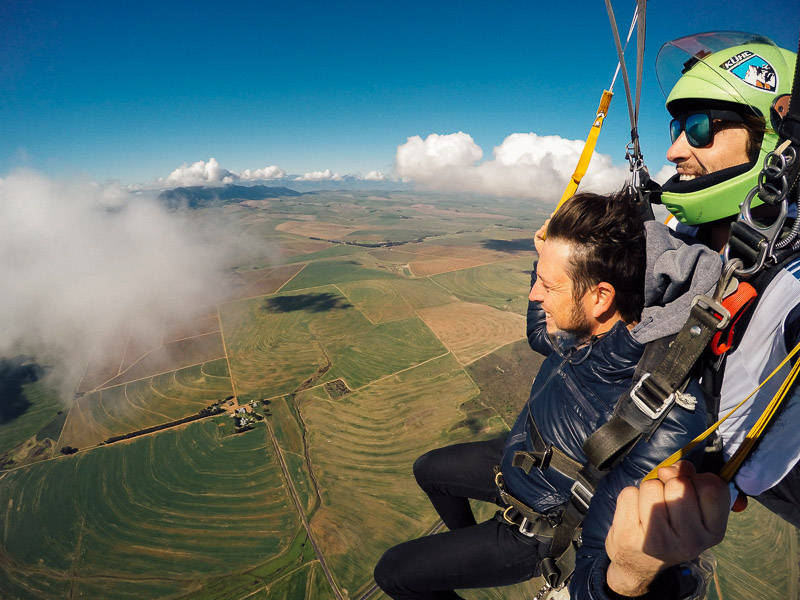 Yes, it is true what I was told before jumping… Sky Diving is Addictive!

If you’d like to jump out of an airplane with Mother City SkyDive, give them a shout for prices and availability here:

They also offer services to fly into events, so if you are looking for someone to parachute into an event of yours, give them a shout! 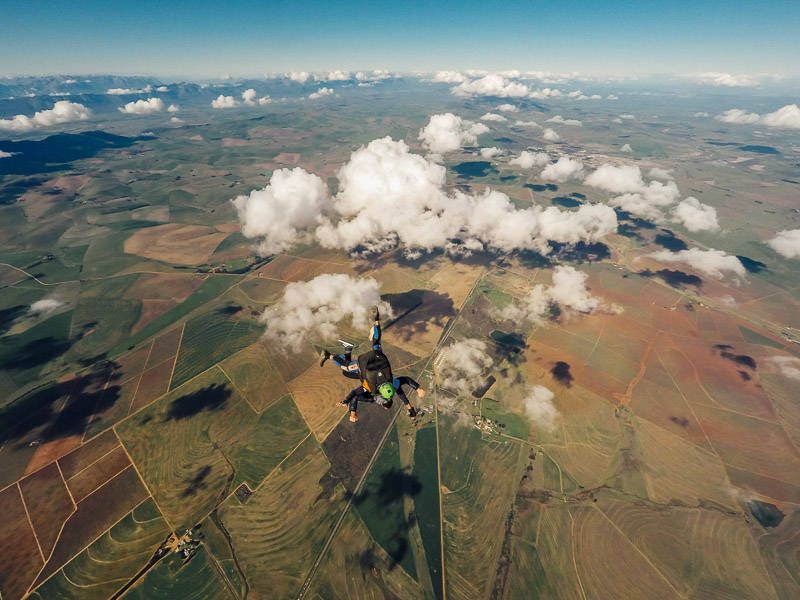