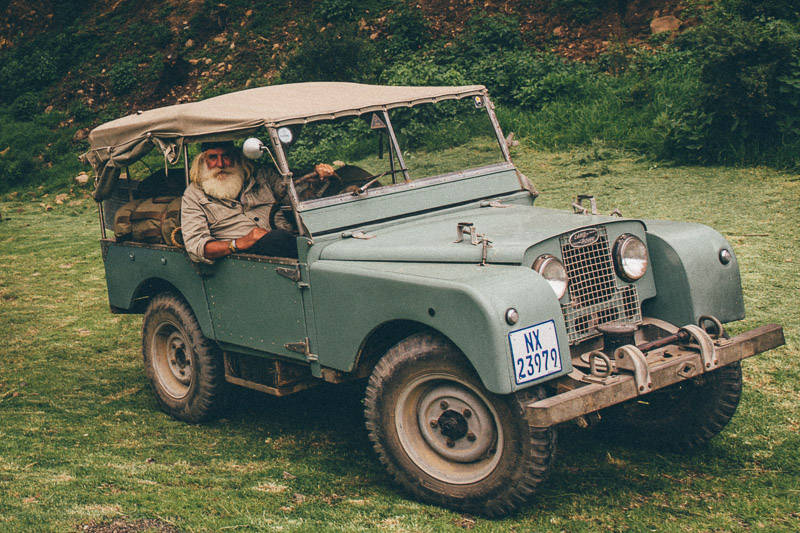 Lesotho is a special place, especially when you have someone like Kingsley Holgate, one of the greatest South African adventurers ever to live, show you around!

It all started off on a sunny Sunday afternoon on the fields at the foot of the Drakensberg Mountains in KwaZulu Natal, which was the meeting place for what was going to be one hell of a ride for the group of adventurers making on this expedition. 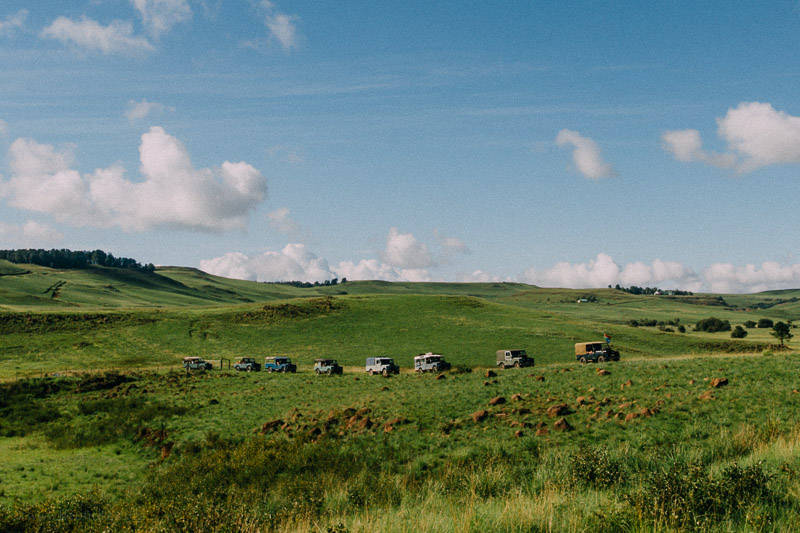 There were adventurers, journalists and a wild group of Land Rover fanatics coming in from Swaziland, KZN, Cape Town and even as far as London! 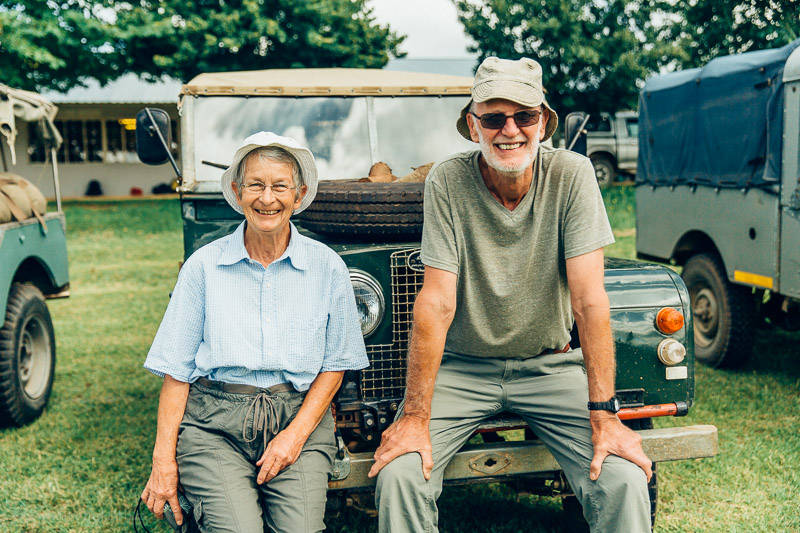 Together, with Kingsley Holgate leading the way, we set off on our adventure into Lesotho via one of Africa’s most exciting mountain passes, the Sani Pass.

What should be noted was that we were not going to be driving around in luxury 4×4’s, this adventure was going to be tackled using Series 1 Land Rovers that dated back as far as the 1940’s! 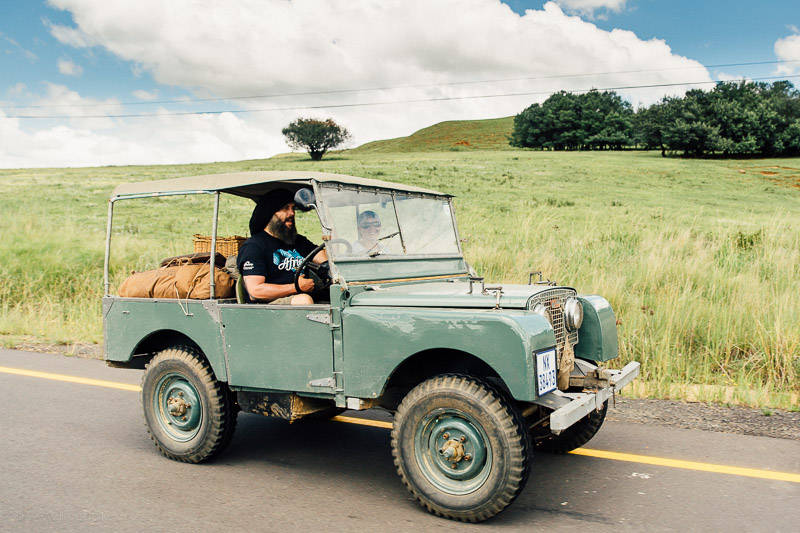 So, off we went into the mountains on a bright Monday morning in search of adventure as well as helping the community in the Right to Sight as well as the Project Rhino initiatives which we did all along the journey through Lesotho. 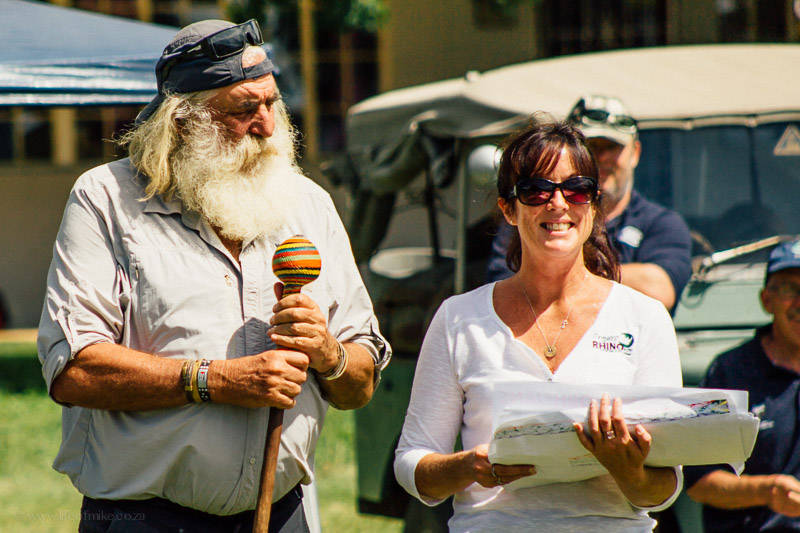 Read all about  both Project Rhino KZN and the Right to Sight initiatives here.

Getting to the base of the pass had some amazing scenery once we hit the dirt road that took us to the South African border, but the further we got from the border once stamped out of SA and the higher we climbed, we were headed straight into a thick cloud bank covering the top of the pass! 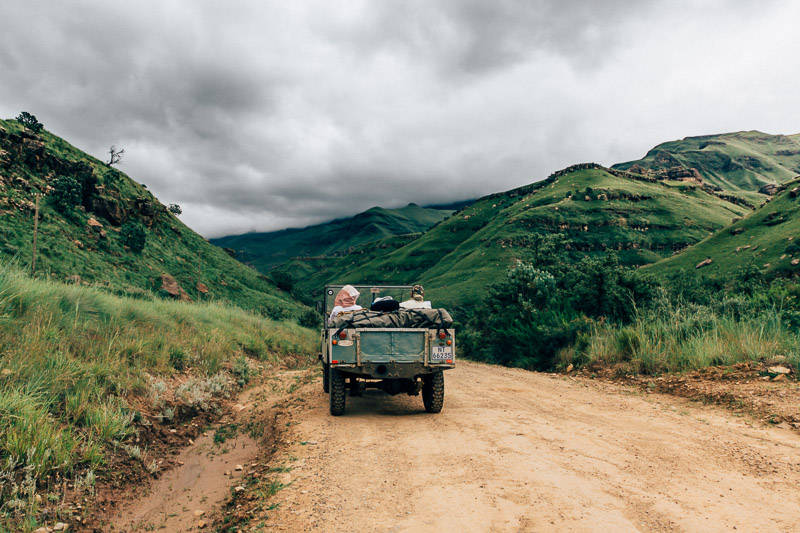 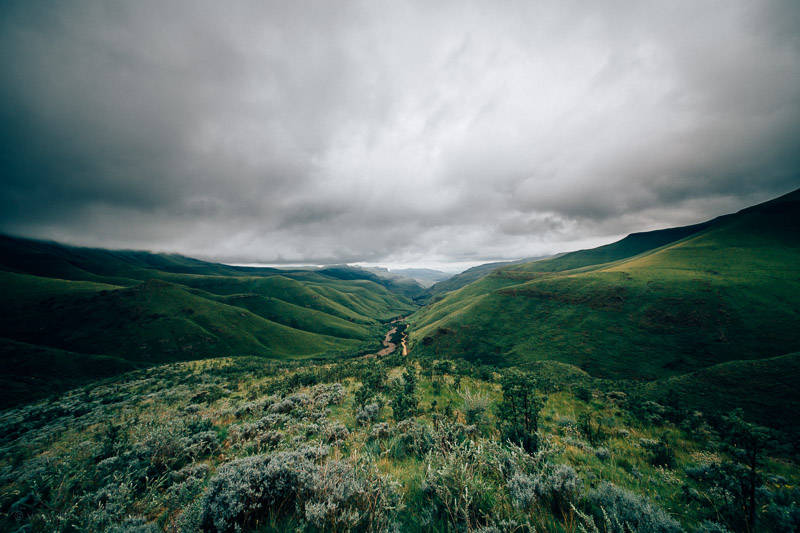 Driving the Sani Pass in the mist was great, until there was a digger loader coming down towards us like it was going to push us off.

In fact, it was quite terrifying when it didn’t stop coming towards our vehicle with this crane moving up and down like a monster. When it eventually stopped tormenting us, the door opened with its driver bent over from laughter at the prank he’d just pulled on us. Not the safest of pranks I’ve ever been on the receiving end of, but I did have a good chuckle at his sick sense of humour and off we drove, closer to the top of the pass. 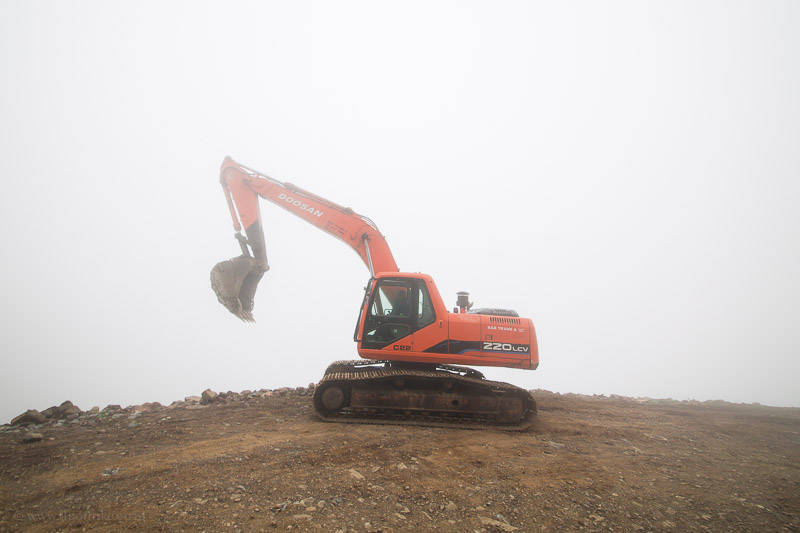 Once we were all stamped into Lesotho at the border post, we stopped in at the Sani Mountain Lodge for a warm lunch inside their restaurant/pub which also happens to be the Highest Pub in Africa at 2784 Meters above sea level. 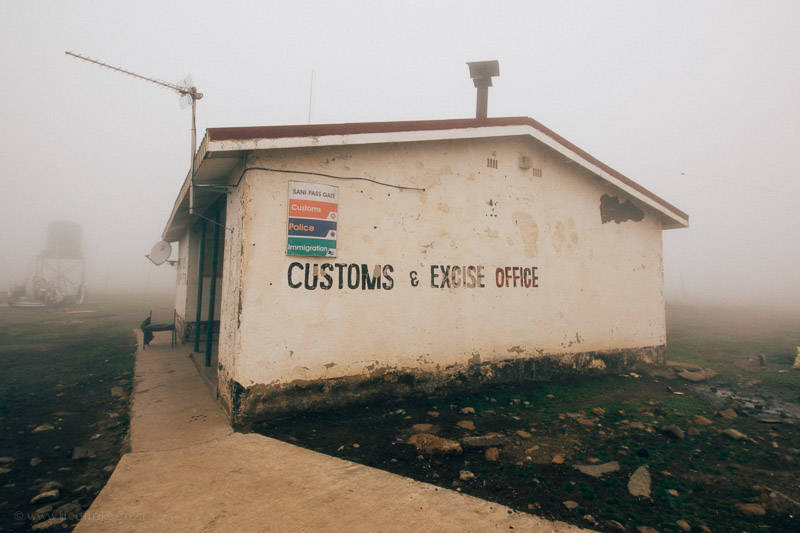 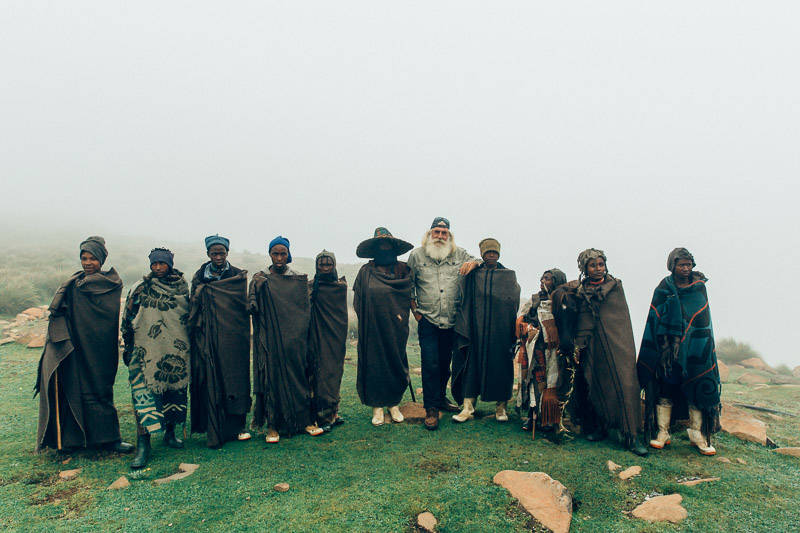 The drive up from the base to the top had all the drama a drive up there in an old Series 1 Land Rover would have, but we were able to set up some amazing shots with the cars along the way. 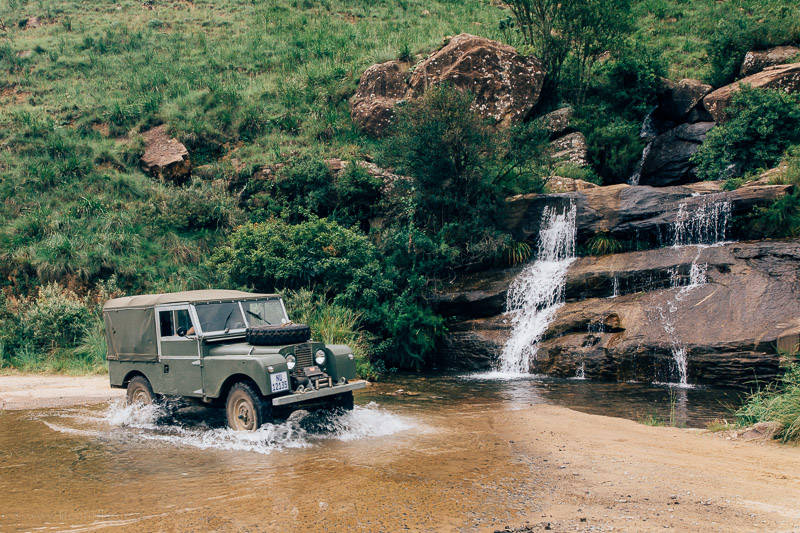 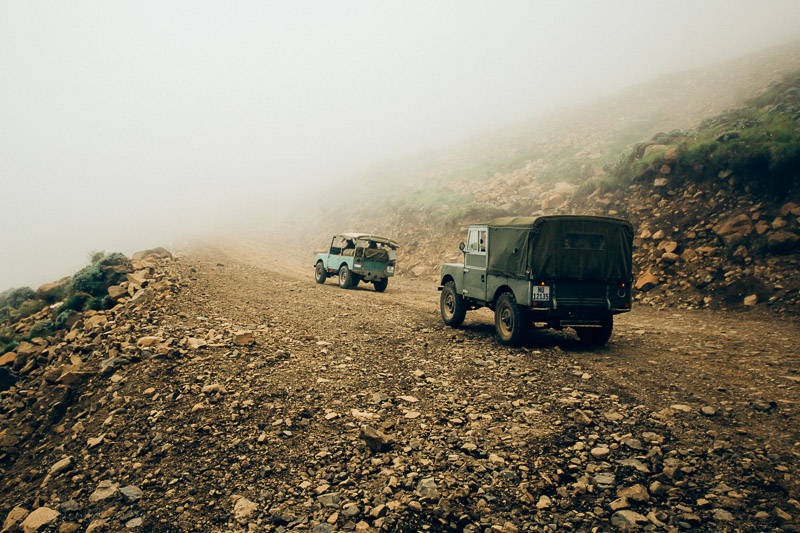 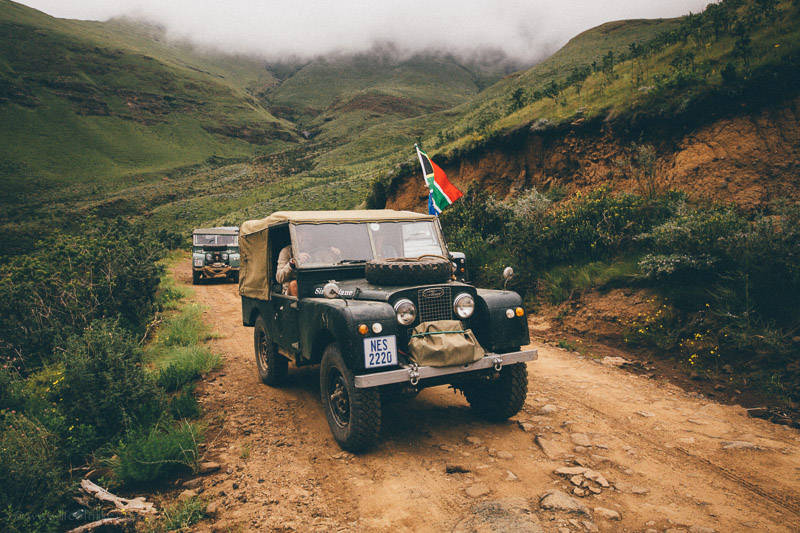 It was because of a break down after lunch that I was able to use a vehicle, that was left behind, as a prop for this time-lapse.

After the lapse was done and all the cars were back in convoy we made our way to the Sani Stone Lodge, an open camp site with an INCREDIBLE view. 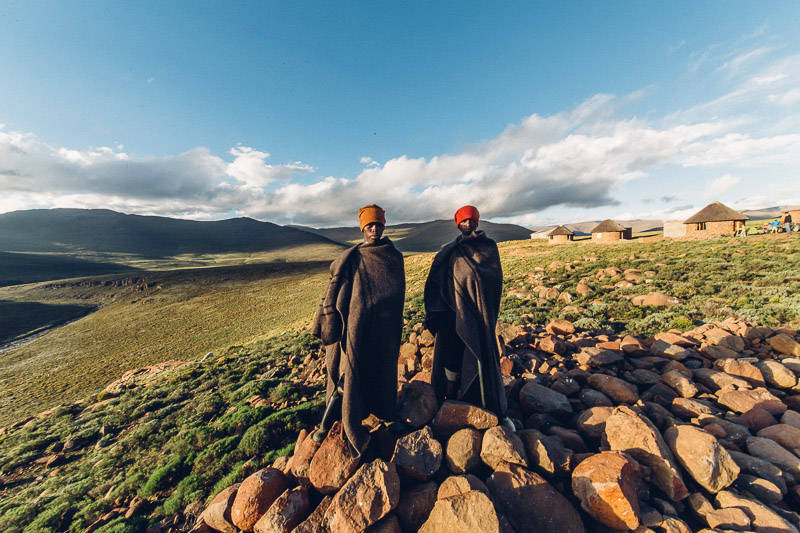 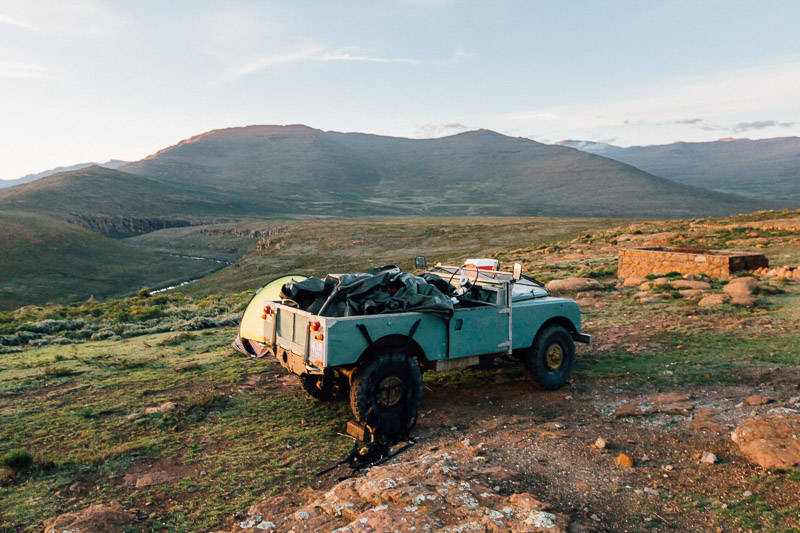 Sani Stone Lodge has hostel and chalet facilities available, but an adventure is best spent under the stars, which didn’t bother any of use because 1) we are all adventurers and 2) because K-Way sponsored the 2 Man K-Way Tents, thick sleeping bags and radical air mattresses that fit inside the sleeping bags, SCORE!! 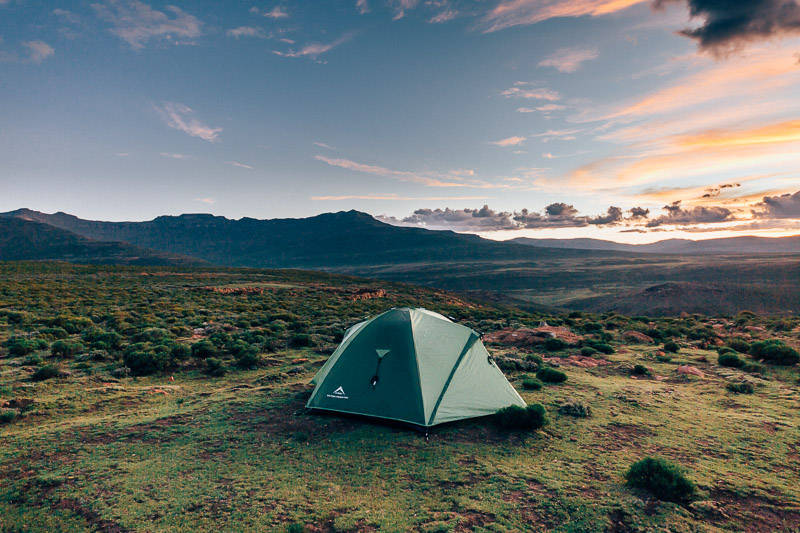 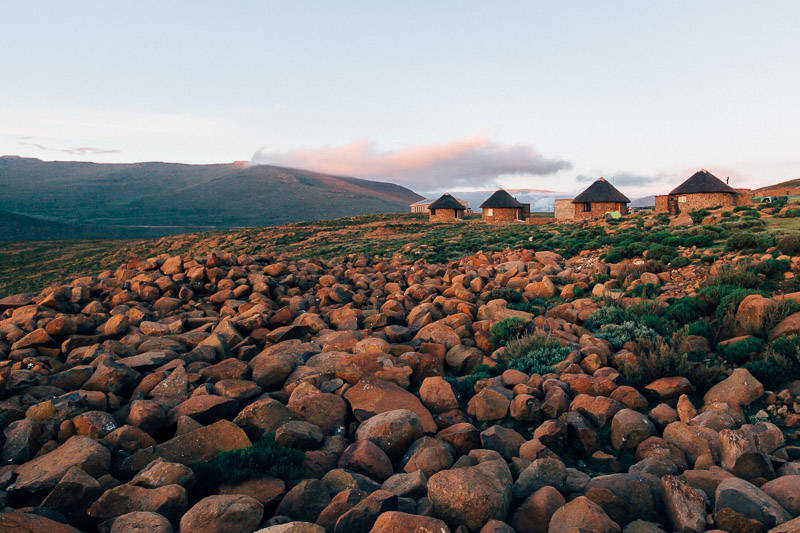 Everyone gathered around the fire that evening for dinner and then story time by some of the incredible people that were along for the adventure like Mike Nixon, who told us stories about his TWO summits up Mount Everest.

“This life of adventure has bitten me hard of late, but I love it!” I remember thinking that night just before I fell asleep to the sounds of the last few people around the fire telling stories of more adventures. 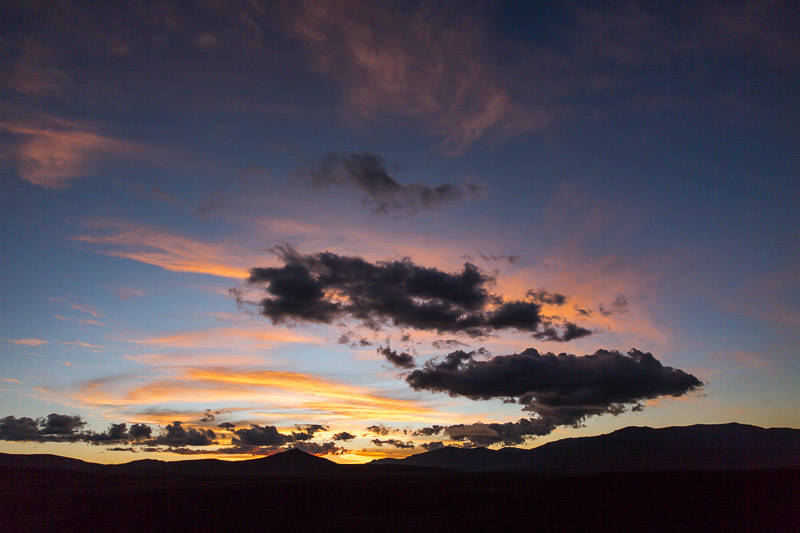