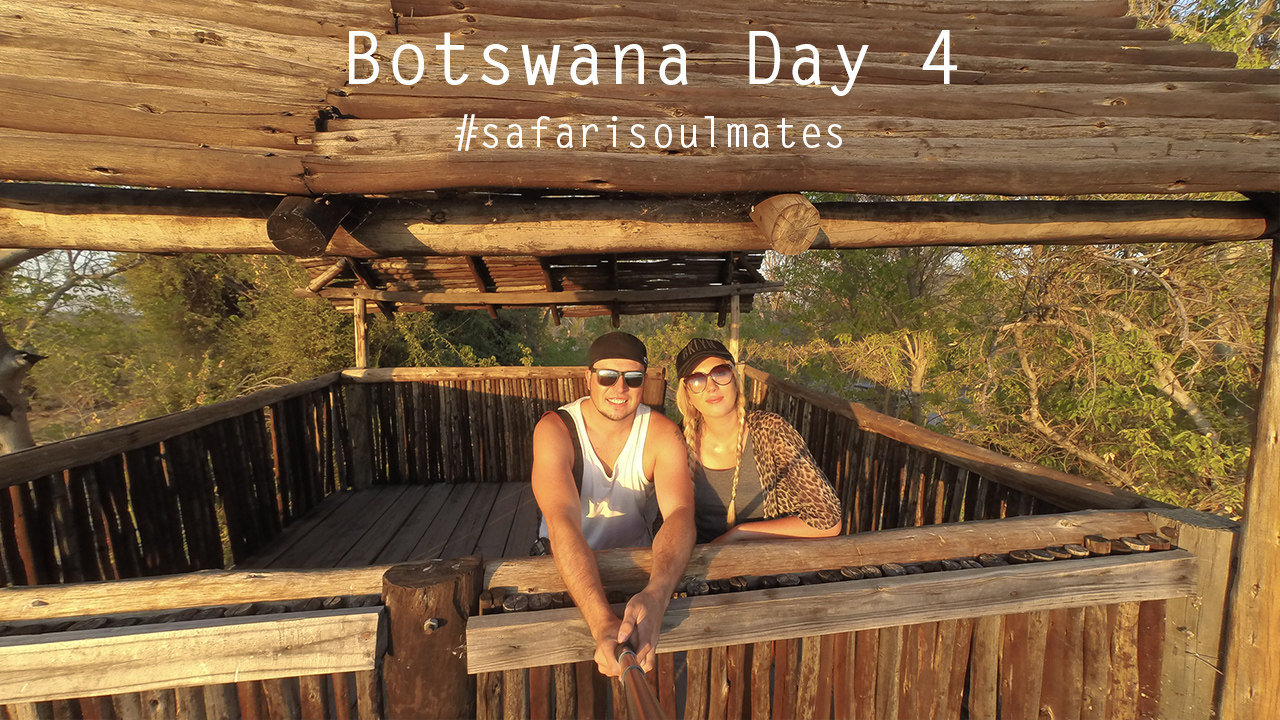 When we awoke in Moremi on the morning of the 20th of October to the sound of Chief screaming “Wake-up Call” while pouring hot water into our wash basin, it was still dark and there was a slight rattle of pots and pans as the &Beyond Crew were setting up for breakfast.

The day kicked off with some fruits and coffee for breakfast before heading off before the sun came up to go explore the Moremi National Park, situated in the heart of Botswana! The sunrise was spectacular and just as the sun peaked it’s head above the horizon, Chief with his eagle eyes spotted 2 male lions about 600 meters away lying down on ground the same colour as them. It was amazing to see how this ranger’s eyes have adapted to know what to look for in the distance.

These two Lions were just chilling out in the path enjoying the morning rays beating down onto their skin. I got a few pictures of them, but one of them had hardly any mane on his neck and head, which was quite odd as I’ve never seen anything like this before on a lion his age. After watching these huge beats for a while, they gave us the sign they were bored of our humanly presence with a few large yawns and we were on our way.

It wasn’t long before we came across a massive herd of hippo in the Kwaai River, where we were lucky enough to see a dominant male showing why he is the boss by attacking another hippo in his way. We carried on driving, sticking to the river where we we saw loads of hippo, a few crocodiles, plenty of bird life and a few warthogs. After that, we made our way to the Park’s main entrance again for a coffee break before heading back to camp again for lunch and a siesta.

The siesta was unbearably hot and temperatures exceeded 40 degrees again, hence me having about 10 cold showers in the space of 5 hours before we had high tea and then head out again on another evening game drive, where we landed up at a massive hippo pool that has a deck to climb onto. The deck looked over the entire pool and with the sun going down in the distance, it was time to head back to camp. On the way back though, we came across the same 2 male lions we found in the morning and it was decided then, that we would be going to search for them and the rest of their pride in the morning before the long journey we had ahead of us from Moremi to Savute.