Take a journey with me on one of the most iconic mountain passes in all of Africa, the Sani Pass, which also happens to be the gateway to the Mountain Kingdom of Lesotho!

I recently got invited by Cape Union Mart to join the Kingsley Holgate Foundation and a group of likeminded adventurers on a trip up the Sani Pass and beyond, mostly all in Series One Land Rovers, but that’s a story for another time. 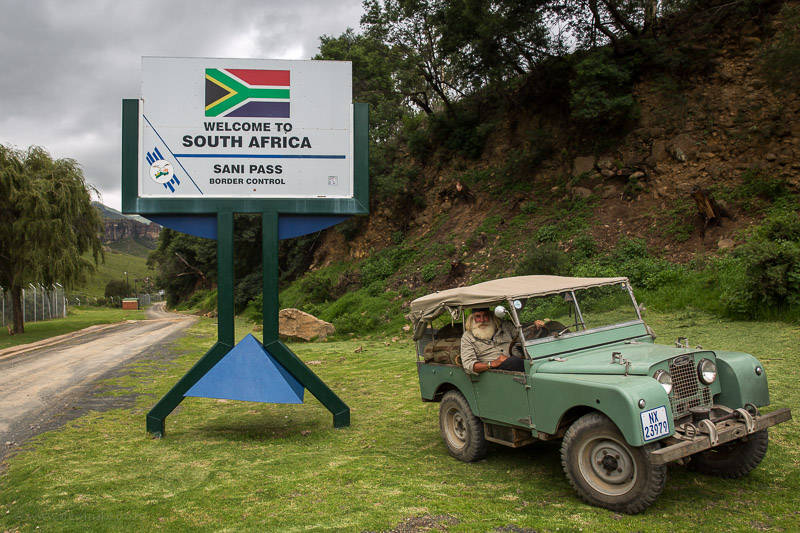 This post is all about the Sani Pass, a dirt road built in the 1900’s as a trade route between South Africa and Mokhotlong via one of the most insane most gruelling mountain passes in Southern Africa, but with a victorious view once the summit was reached. 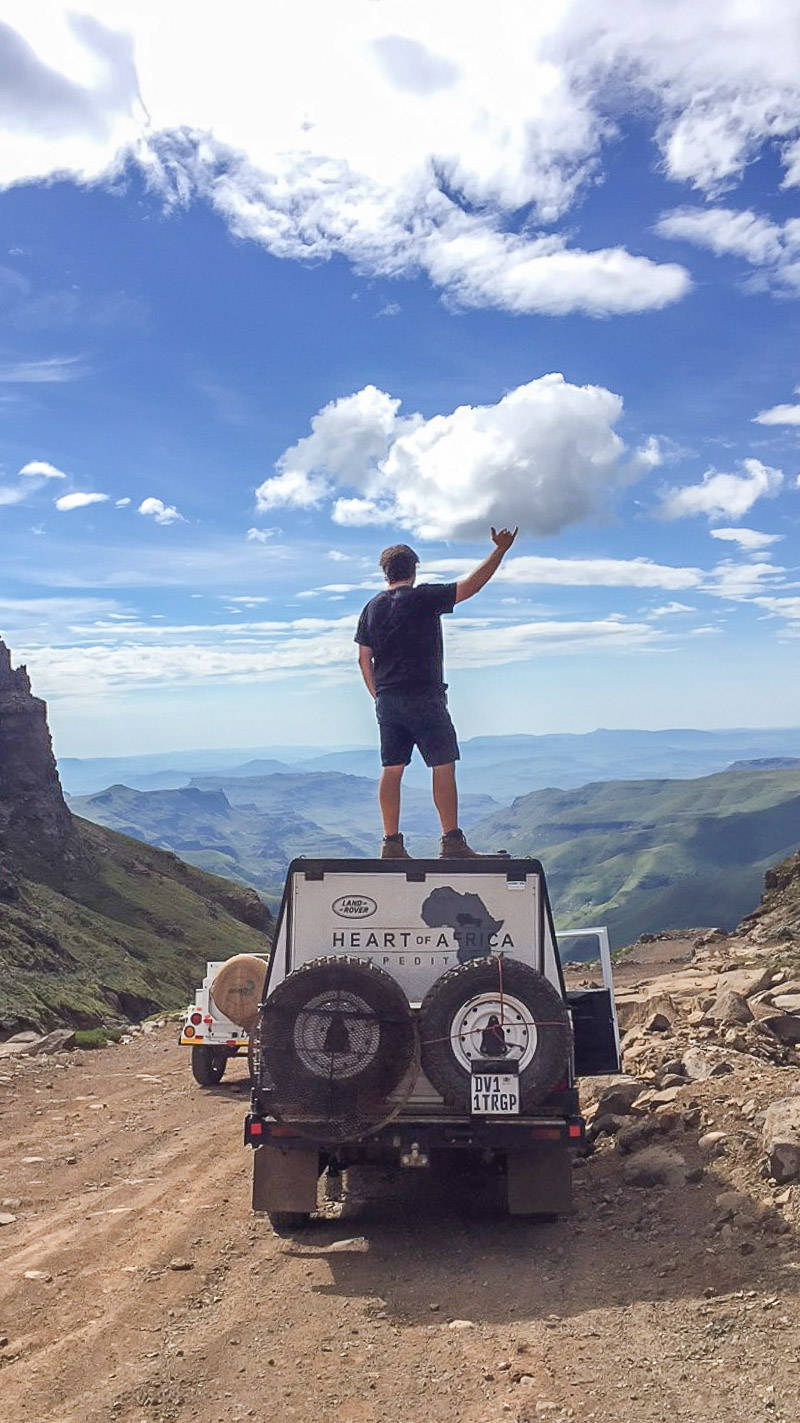 The pass was originally used only by pack mule, of which the herders always had extra’s on hand in the event they pushed one over the edge while adjusting the load on it’s back. This happened frequently I was told.

So as you can see, it wasn’t all fun and games as is the case with today’s adventurers heading up the pass in their Landies, mountain bikes and trail running shoes. 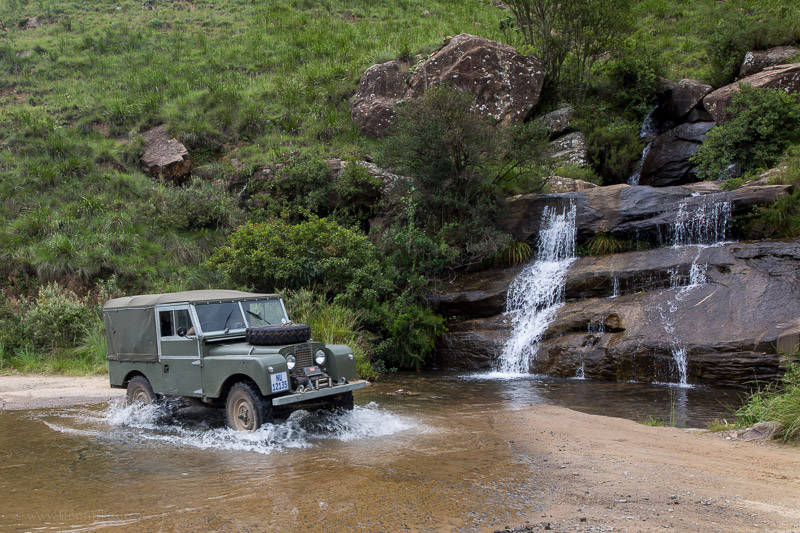 The first car on the Sani Pass wasn’t seen until October 1948, which is when an ex-spitfire pilot by the name of Godfrey Edmonds, and a group of local workers took his open top Willys Jeep to the top, along with a huge supply of rope to pull it up and sleeper wood as makeshift handbrakes. 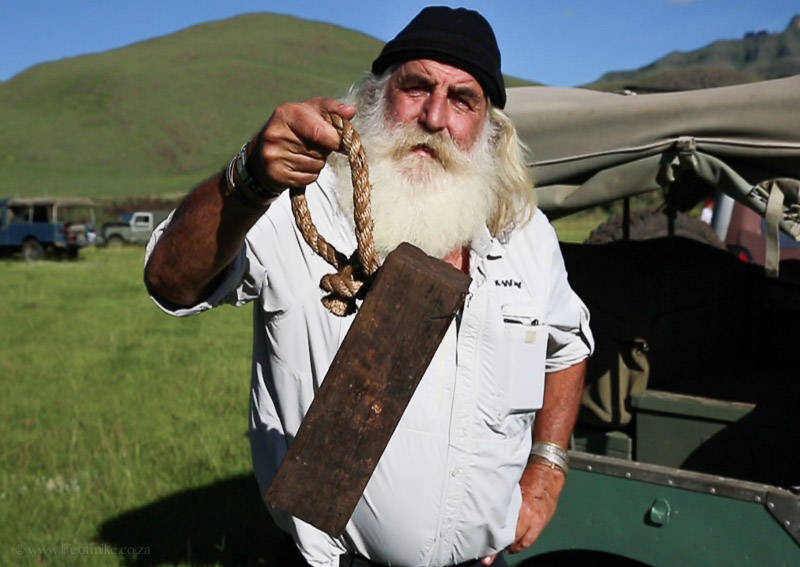 It took them 6 hours and litres of sweat by the gallon to push and pull that little Jeep to the top of Sani Pass, but once there, Godfrey was officially the first to get his car to the top of the pass, starting a movement that was soon followed by Alwyn Bisschoff in 1952 in his Land Rover Series 1. 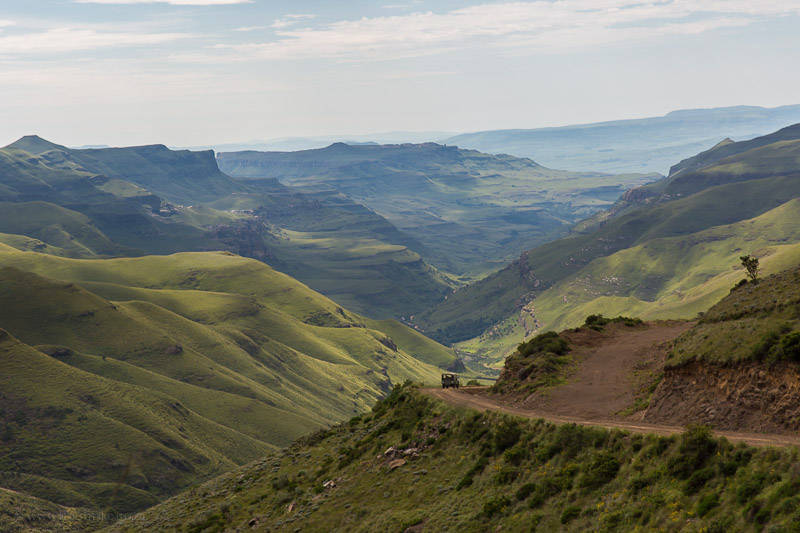 In 1955, a group of Land Rover owners, headed up by David Alexander, began constructing an actual dirt road up the pass, which is the pass that up until today, has been used for trade through this magnificent gateway into Lesotho.

It is sad to know however, that the Sani Pass is already in the process of being tarred and from the Lesotho border post at the top, the roads are now completely tarred by the Chinese, who have been commissioned to construct this road. 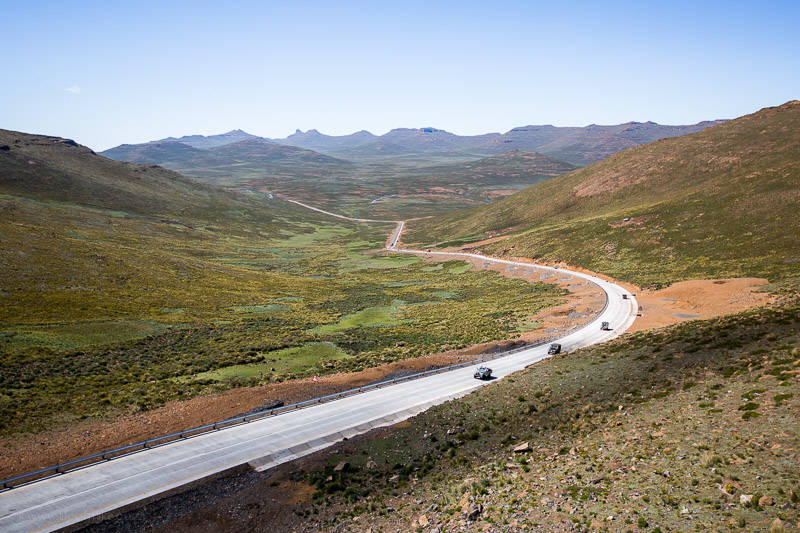 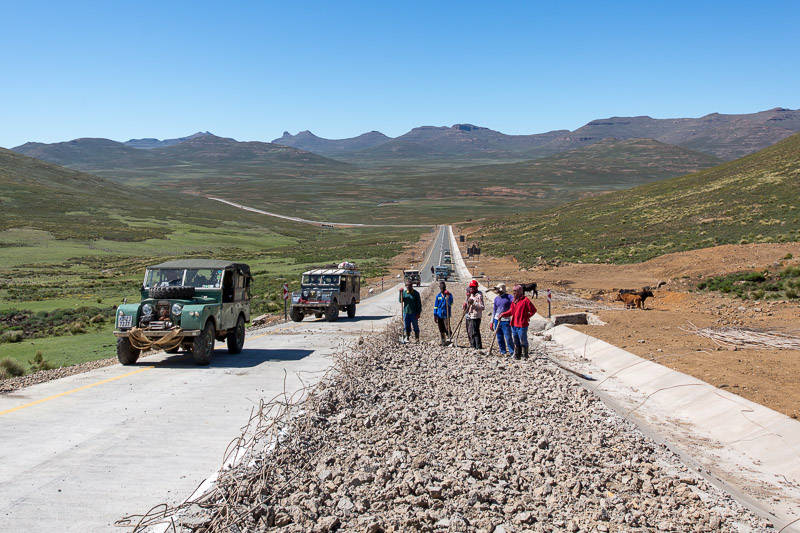 Yes, giving Lesotho easier access would be good for a number of things including tourism, but having a tar road in an area so many adventurers in the past have spent days ascending will be felt by 4×4 enthusiasts and locals a like.

Being able to ascend the Sani Pass in a convoy of Series 1 Land Rovers through thick mist and the sight of a sunrise lighting up the red sand and rocks of the Sani Pass below on the last morning of the Expedition is something I will never forget. 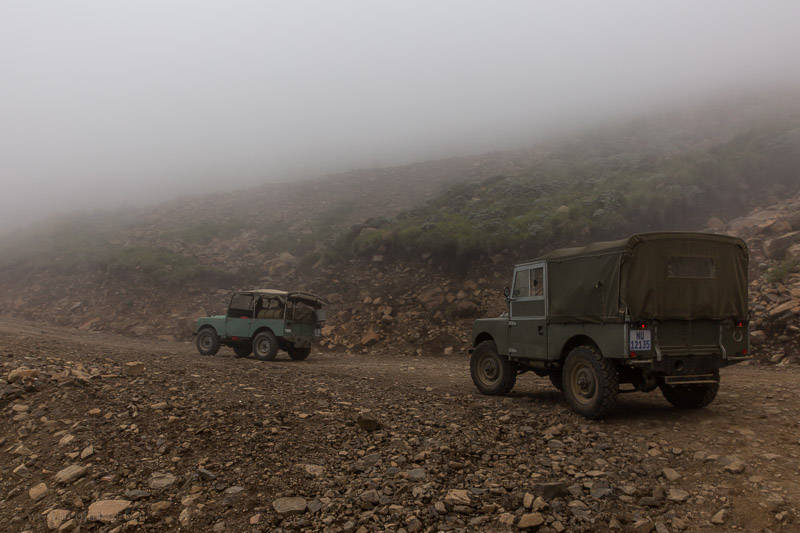 There is still time to do this route in a 4×4, Mountain Bike or by foot and I highly recommend that you do it before this legacy is gone. If you’re reading this a year from now and you missed the adventure up the Sani Pass on dirt roads, Lesotho is still packed full of unexplored dirt roads that are similar, but not quite the same as the Sani Pass.

One thing that will not be disappearing anytime soon though is the Sani Lodge, which is hostel and lodge located at Sani Top offering breathtaking views over the pass below as well as The Highest Pub in Africa. 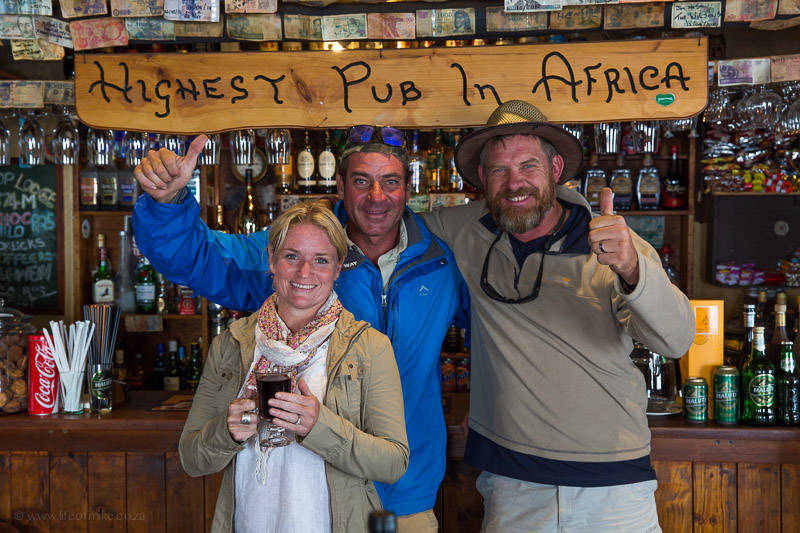 It here that I was looking down into what should have been the pass below, but all I saw was white from the mist when a group of Basotho herdsmen appeared and I took this shot of them. 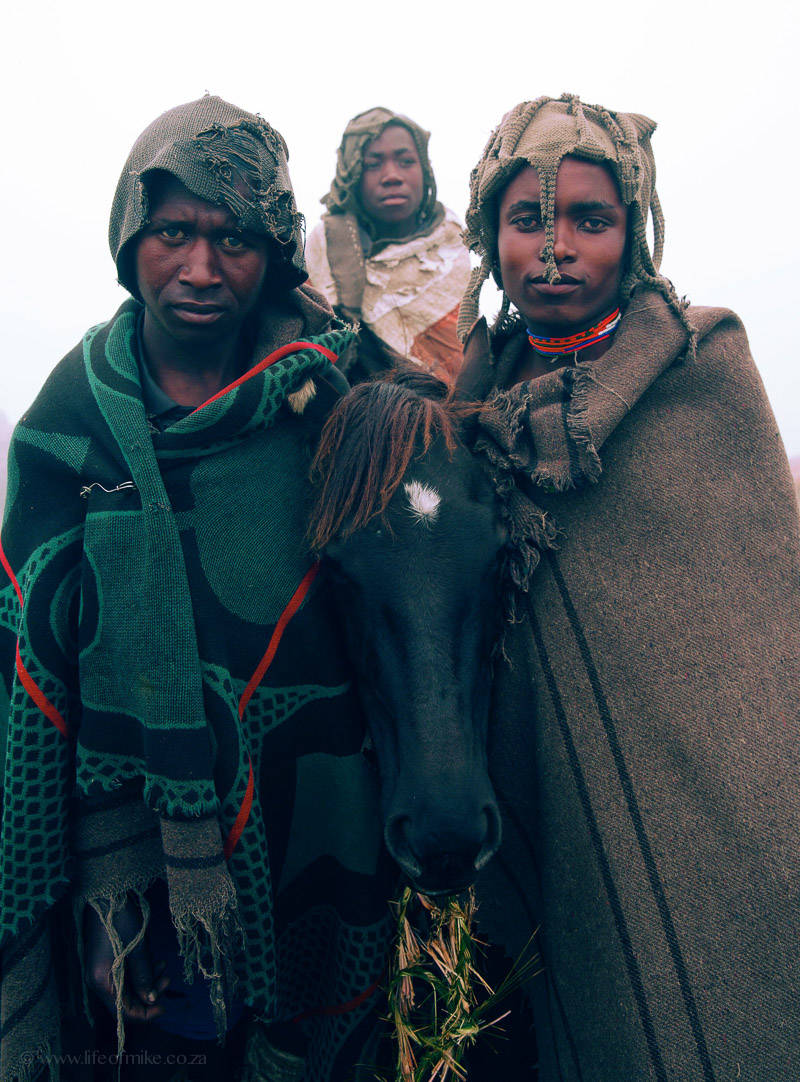