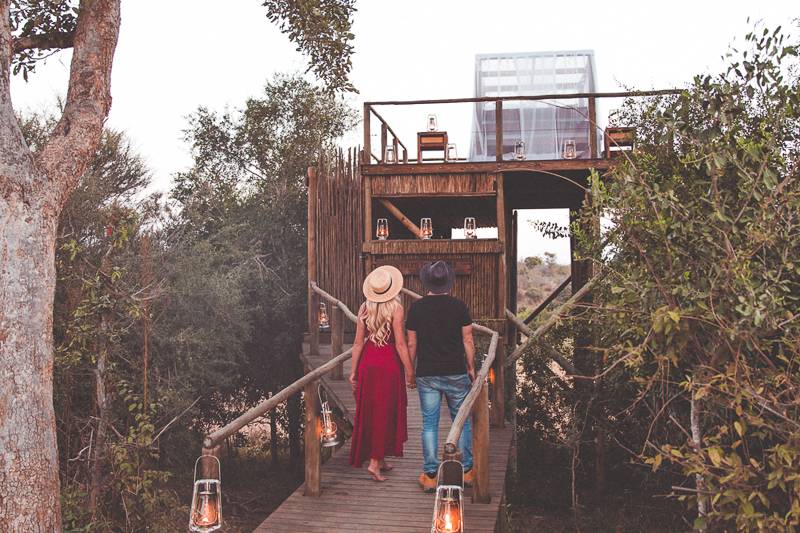 As a kid I always wanted a treehouse that I could escape into to stare up at the night sky and get lost in my own thoughts, but little did I know that I’d eventually live out that dream with someone I am totally in love with, inside the Tinyeleti Treehouse at Lion Sands.

Considering the name “Tinyeleti” translates from Tsonga to “Many Stars”, you know from the get-go when you’ve booked to stay in the treehouse, that you’re in for a show up in the night sky above you!

The entire experience starts at about 3pm where you’re whisked away from the Tinga Lodge and taken to the Tinyeleti Treehouse, about 3km away. You’re left with your overnight bag, a walkie-talkie for emergencies and a basket full of delicious snacks for the picnic you can have in your own time for dinner. 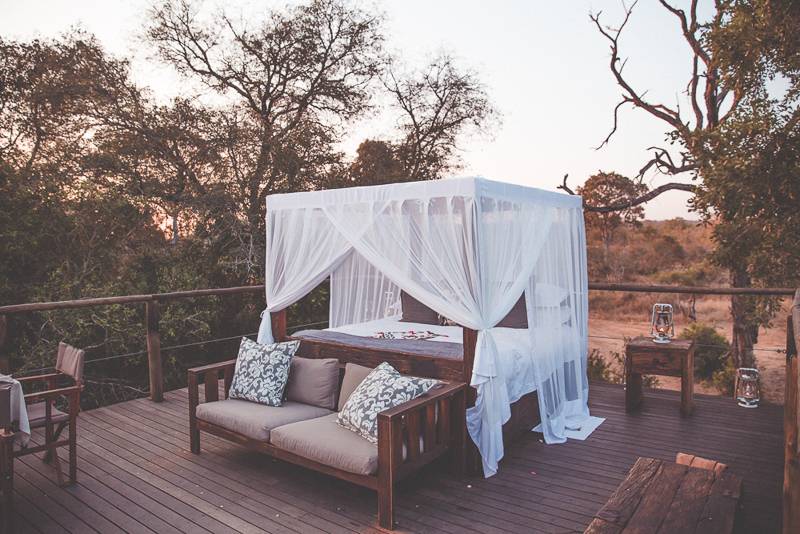 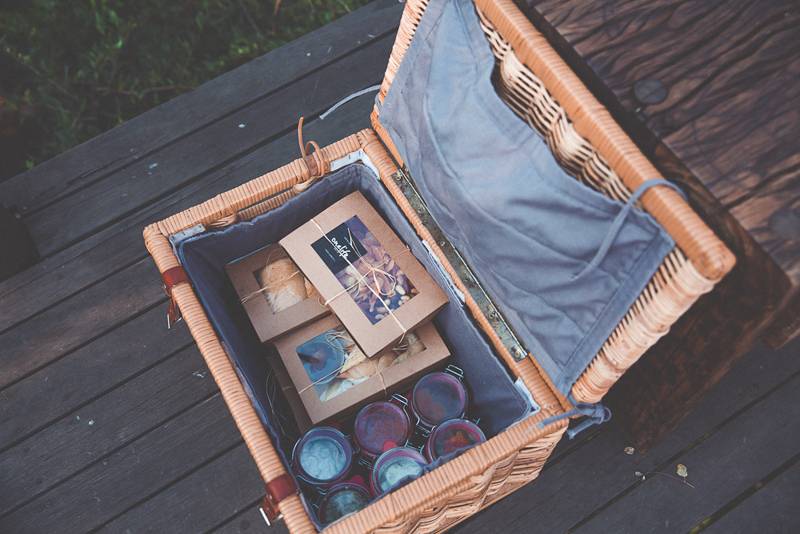 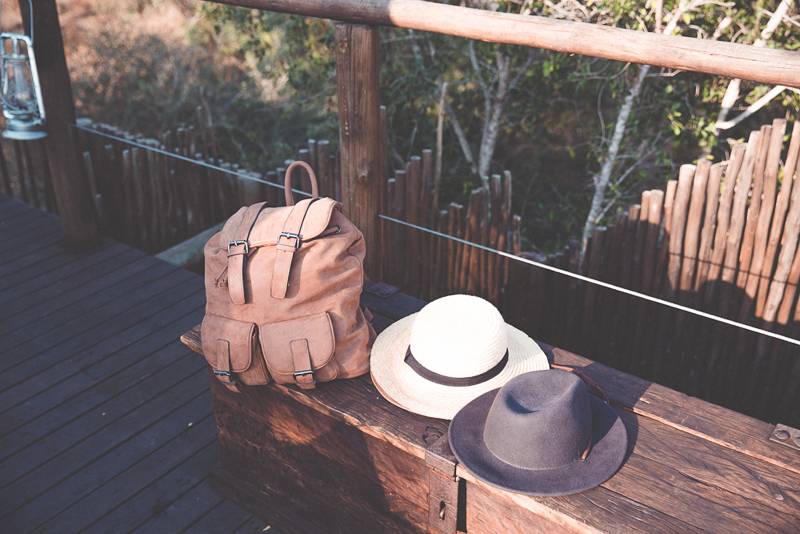 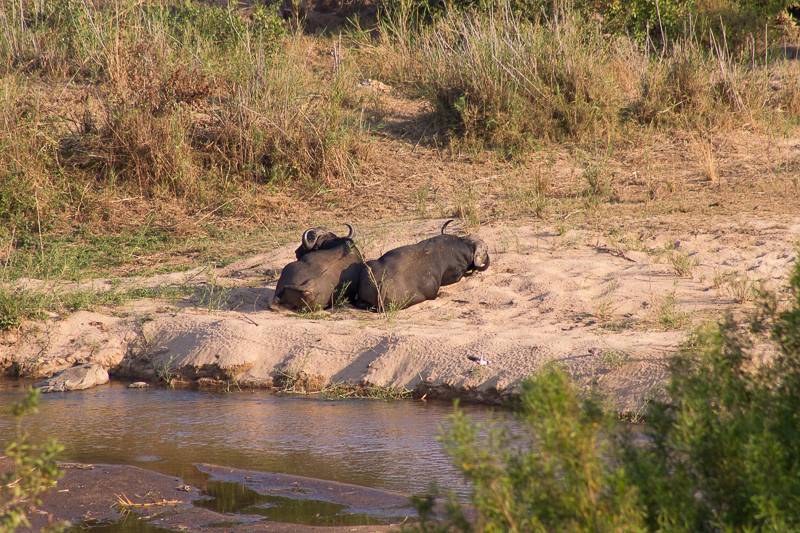 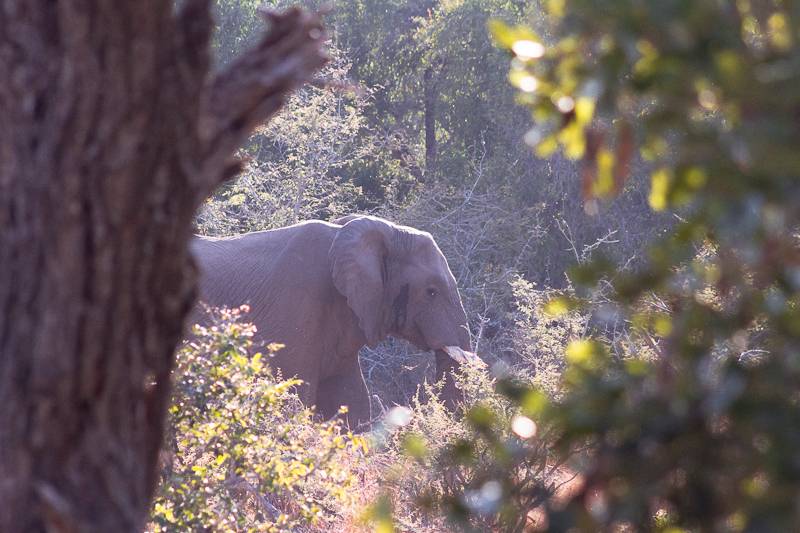 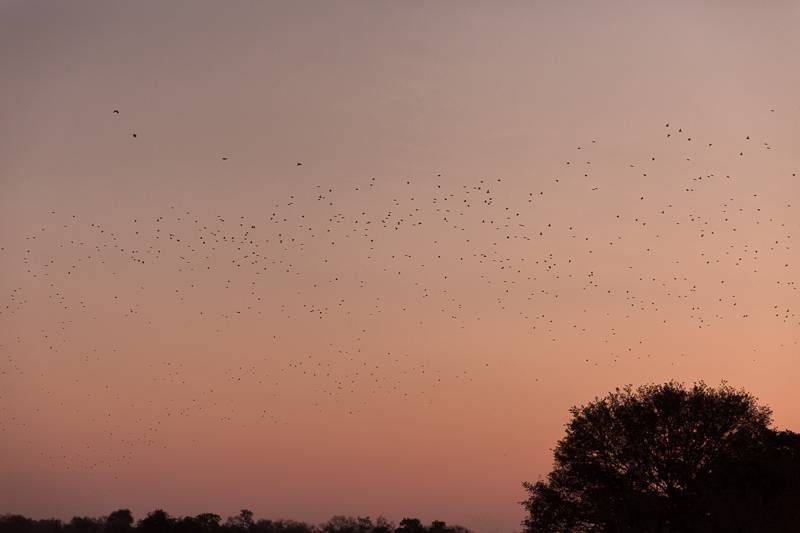 Because you’re right in the middle of the bush, safety is obviously key when staying in the Treehouse which has 3 levels and 2 gates for protection from whatever passes by, be it a herd of elephants or a pride of lions.

Your bed for the night sits at the top of the Tinyeleti Treehouse and overlooks the Sabi River, which is flooded with millions of Red-billed Quelea flocking the open skies above your head. Once their evening song dies down, night falls over the Lion Sands Game Reserve and that’s when the real show starts!

Millions upon millions of stars get brighter and brighter until the entire milky-way is above your head as you eat dinner to the sounds of hyena and leopard calling out in the distance!

After dinner, while enjoying the sweet snacks left in your picnic basket, grab the iPad left in your bedside draw and open the Star Guide App they have on it which will help you name any star you want. Also be on the lookout for shooting stars because Carlinn and I saw LOADS. We were also lucky enough to see a meteorite burning out as it entered the atmosphere, which was an AMAZING orange and red color that streaked across the sky for about 2 or 3 seconds!

When you decide to call it a night, the mosquito net keeps you protected from any bugs that might want to cuddle with you, and you’re still left with a glorious view of the stars above your head as you drift off into your dreams to the sounds of nature.

There really isn’t words to describe how amazing I slept that night, despite waking up full of dew, I was under heaps of blankets, snuggled up with Carlinn. 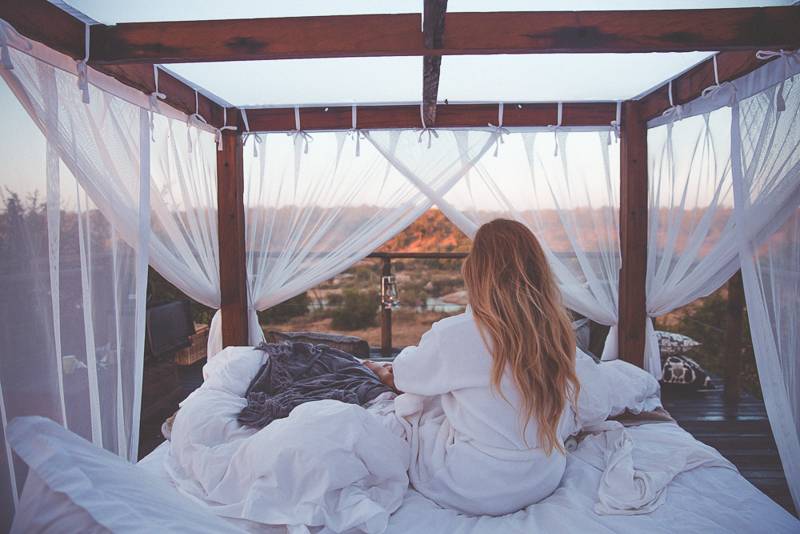 All guests are given the option to either sleep in, or go on the morning game drive, where you’ll get collected just as the Red-billed Quelea start waking up the park. We chose to stay a little longer, which was great until the vervet monkeys arrived for their morning snack, at which point we radioed in to be collected.

As our ride away from what was an incredible experience, he was being following by an Elephant Bull on Musth not far behind… The ranger jumped out and ran to the top of the treehouse with us as we watched this big bull pee all over the place and tusk the ground.

This tusking of the ground is said to be because of the swelling of the temporal glands that press onto the elephants eyes during musth, which feels like sever toothache, so pushing the tusks into the ground counteracts this pain. It’s also a sign the bull is VERY angry, so stay clear until he’s gone, which we did. 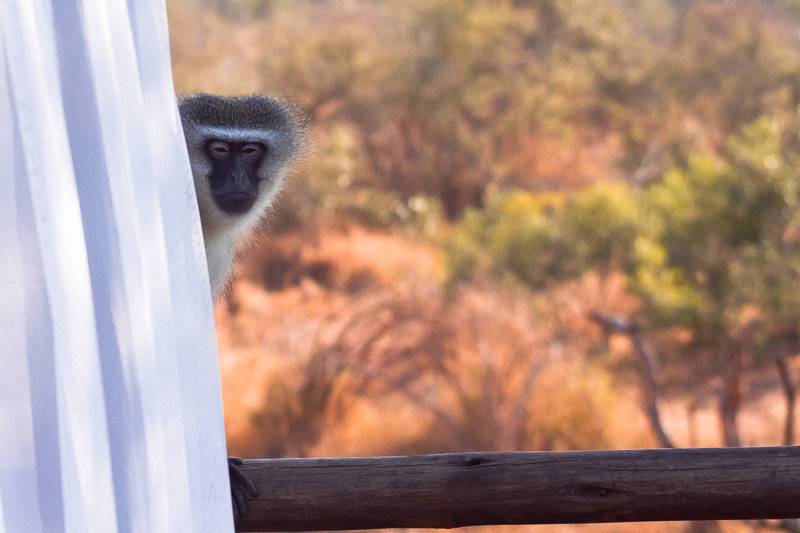 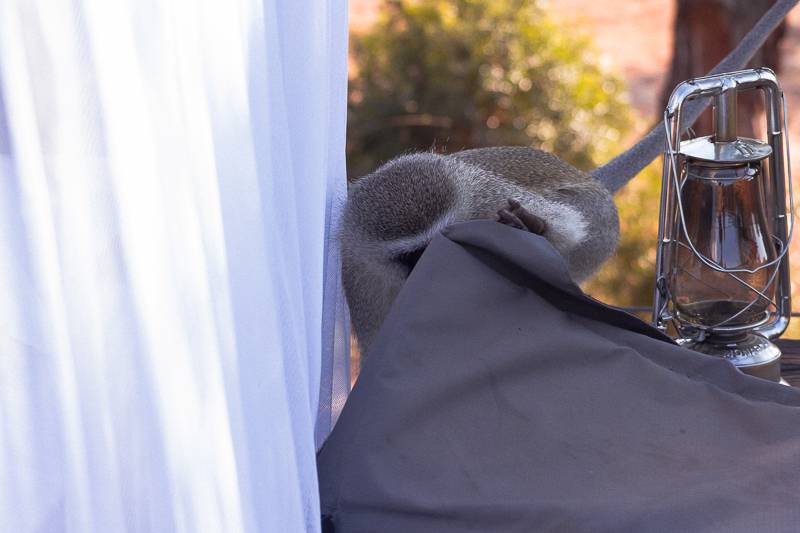 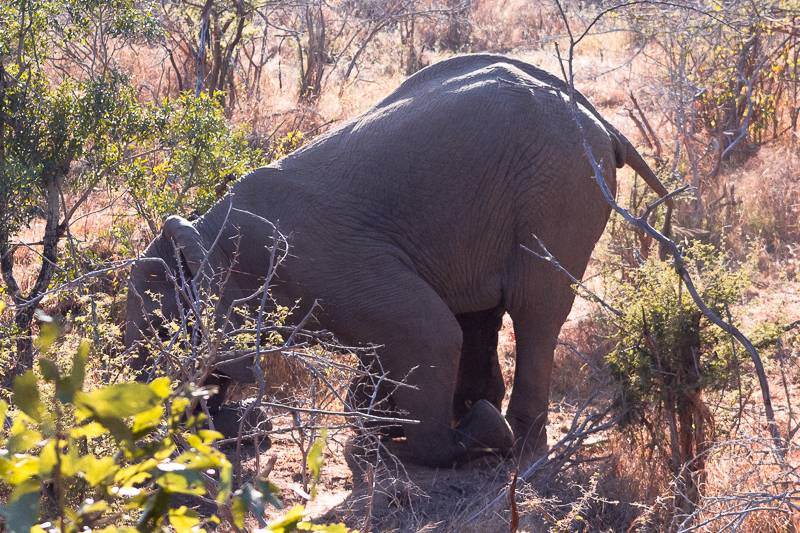 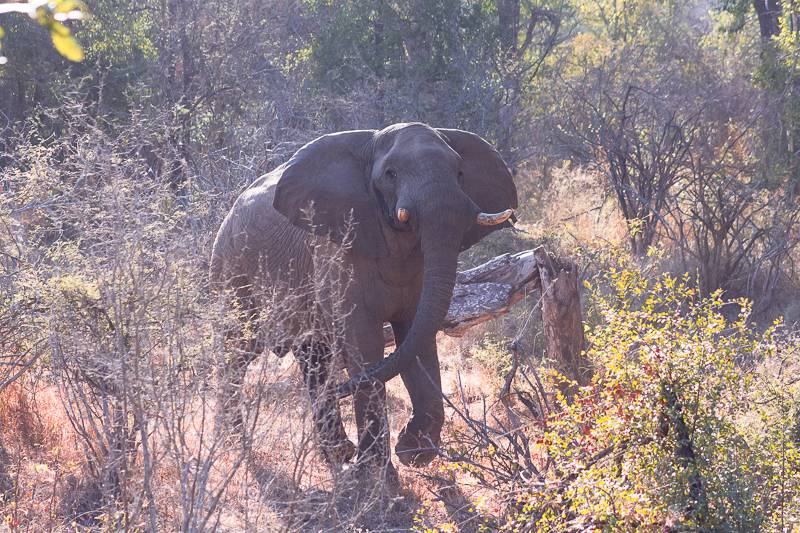 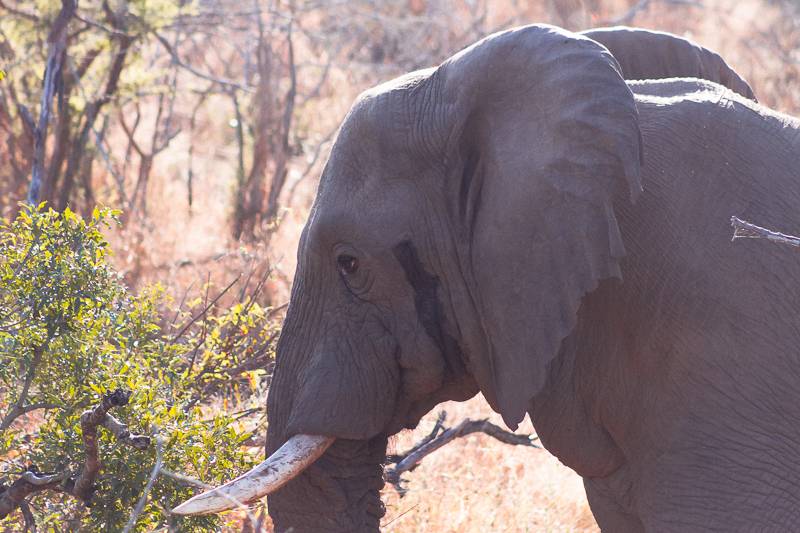 All in all, our experience in the Tinyeleti Treehouse was magical and I’d highly recommend anyone staying at the Lion Sands Tinga Lodge to book a night here.

If you’re staying at either the Ivory Lodge or the Narina Lodge, they have their own treehouses which you can book too and it’s at a really small additional cost to your trip.

NOTE: If you don’t land up enjoying your experience because it can be pretty scary, you do have the option of radioing in and asking to be taken back to your room at the main lodge, which is where you leave all your belongings that you don’t take to the treehouse with you. Despite any fear you may have though, you’re 100% safe in the Treehouses. 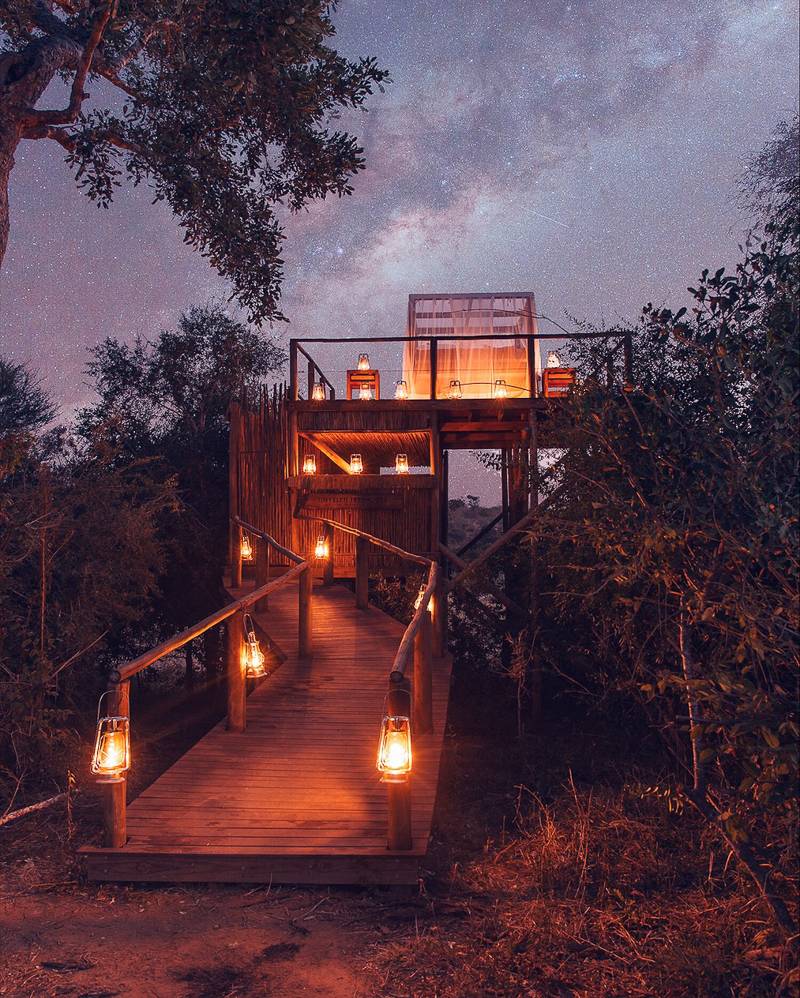 Book your night under the stars in the Tinyeleti Treehouse…