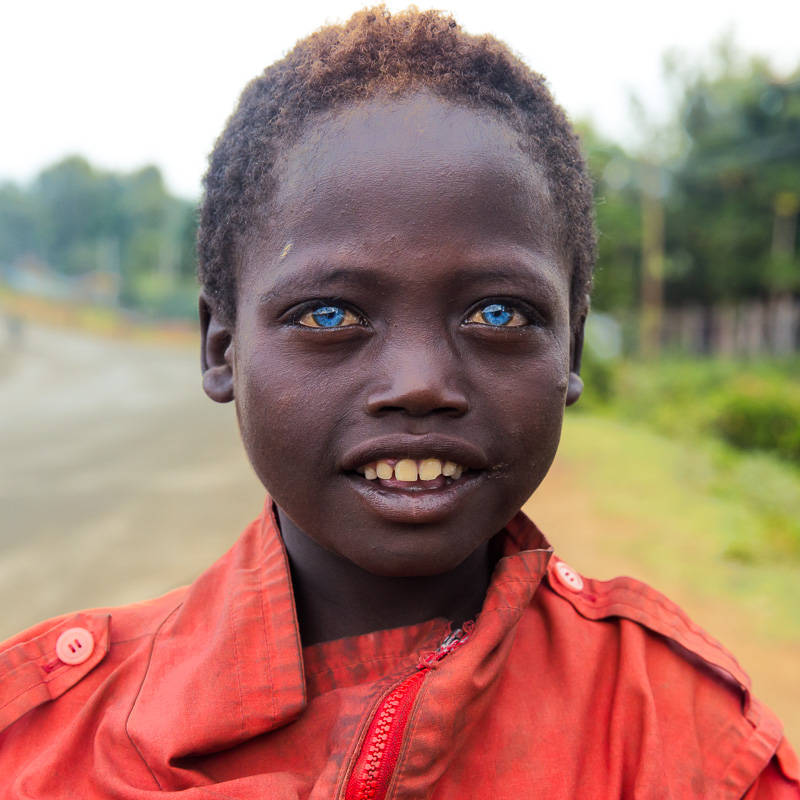 Africa has many stories to be told and today I’ll be telling you just one of them about Abushe, the Boy with the Blue Eyes.

The morning started off as it had every morning for the past 13 Days on Expedition with Kingsley Holgate and his team of adventurers.

An enamel cup of Ricoffy got handed into my tent by Lumbaye, followed by oats with Peanut Butter and Honey and then the camp clean-up before heading off to the next place.

As Bruce and I drove down the dirt path leaving our Camp Site we spoke about memories of meeting the Murci Tribe the previous day and the crazy day it had been all-in-all.

Ross and Kingsley’s vehicles were a little further behind us, so Bruce pulled over just before the main road into the town of Jinka to wait for them so we could all head off together.

As the vehicle stopped, a small boy jumped up onto the foot railings and stuck his head through the window with a massive smile on his face.

It wasn’t his smile we were looking at though, or the pretty awesome Orange Mohawk he was rocking either.

It was those EYES!! 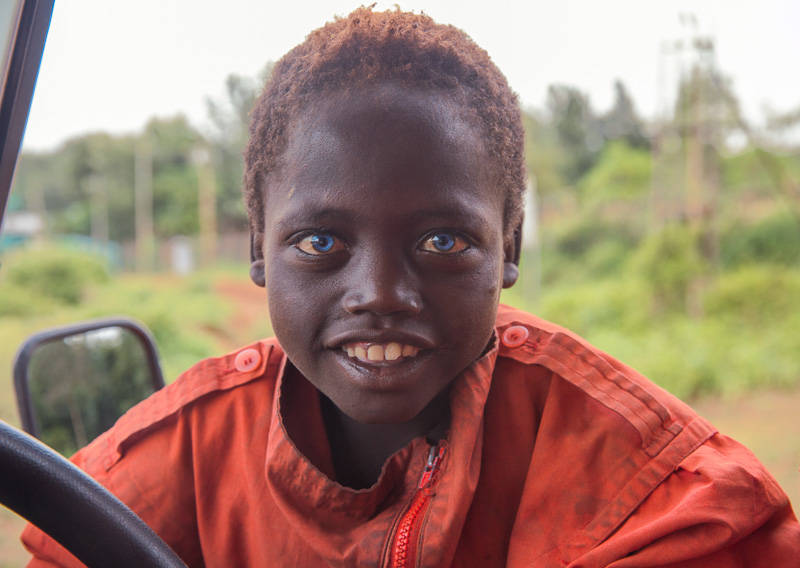 If there was a fly on the windshield of the Landy, it would have captured the moment both Bruce and I sat back in our chairs and said “WOAH” at the exact same time.

He had blue eyes like I’ve never seen before in my life! They were like two tiny planets, with the friendliest face to go with them.

Within seconds I was out of the car with whatever cash I could grab from my wallet and my camera. I wasn’t going to take this boy’s photograph without giving him a little something in return!

After a quick chat with him, showing him the camera and my intentions to take his photograph, we moved to some green bushes where he told me a piece of his life story.

His name is Abushe and he is a 7 Year Old beggar living on the streets of Jinka. All he had for clothing was the red jacket he was wearing, nothing else at all. The translators were saying he was an outcast because of his eyes.

“If it is not normal, it is evil” is something a lot of cultures think, hence why poor Abushe has been cast out. 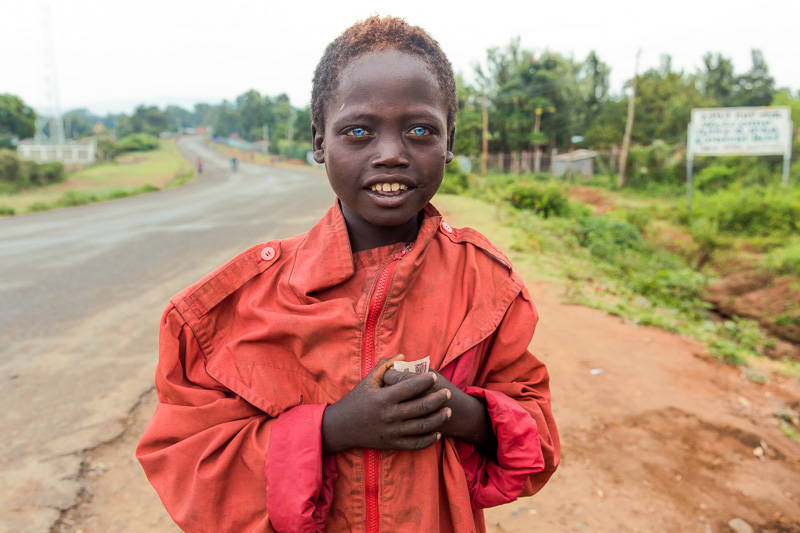 Is the boy with the blue eyes really an outcast though?

This is a question that still remains on my mind after touching base with NatGeo Photographer, Eric Lafforgue who took a photo of Abushe just 6 months Prior.

Eric’s reply to me confirmed that he is indeed a beggar, but because he needs to be in town to go to school and lives far away. Thing’s might have changed in just 6 months though because as he goes on to say is that Abushe looks a lot older in just 6 months.

The “Hard Life” has a way of aging people a lot faster, including kids that need to grow up fast to survive.

Just before I finished talking to Abushe, I asked the elderly translators to tell him one last thing.

“Tell Abushe that no matter what anyone says about his eyes, or about him being abnormal, he should always remember that he is really special and his eyes are a gift.”

I’ll forever remember The Boy with the Blue Eyes! 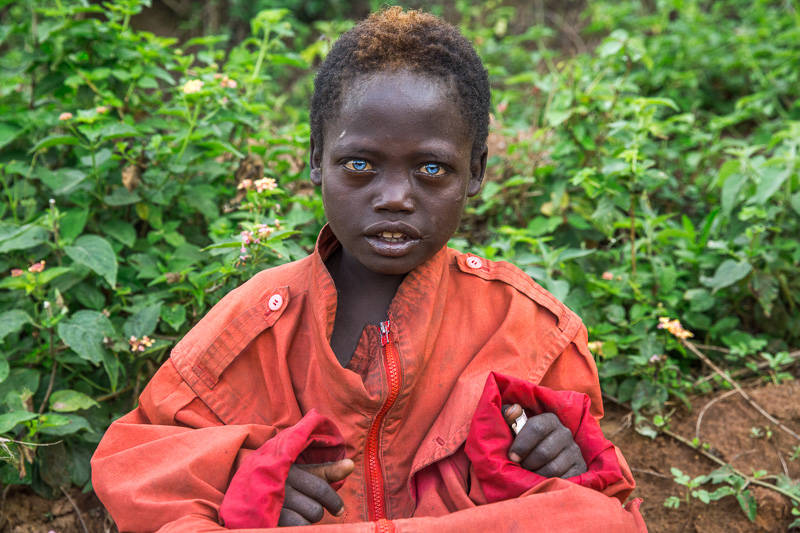 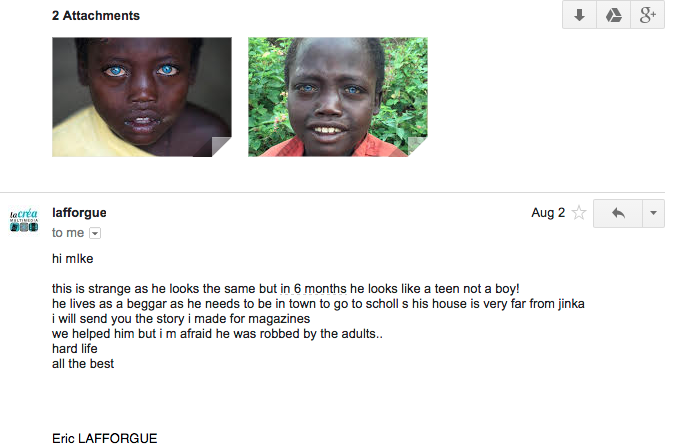 Here is Eric’s reply to my email about Abushe