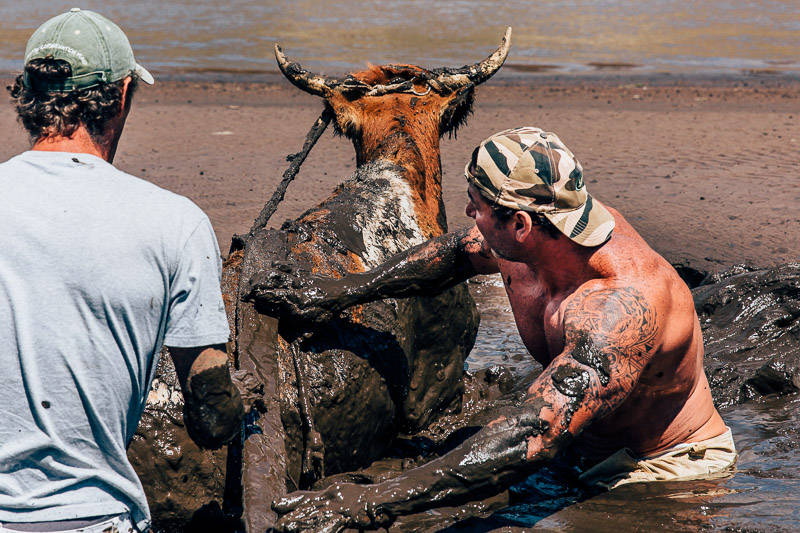 Waking up to the sounds of cow bells ringing on the mountains above our camp was quite a soothing way to start my day, but nothing could prepare me for what was waiting for us on the banks of the Senqu River later that day.

The morning started with a brisk walk to the top of the small mountain we had camped under the previous evening where I located the cow bells were ringing in the distance. They were accompanied by their herdsman walking alongside and towards our camp, wrapped in his traditional Basotho blanket. 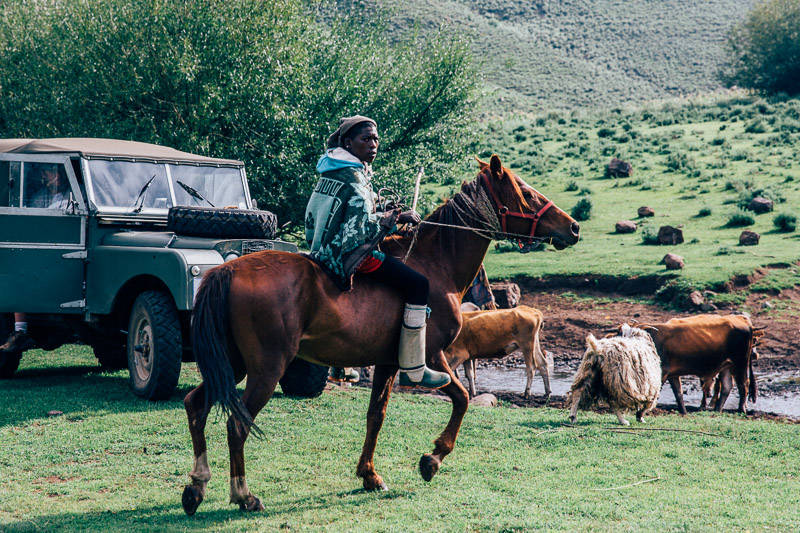 By the time I’d finished my walk, he was passing through our camp investigating the stir of activity around one of the old Series 1 Land Rovers because it seems a snake had made it’s way to the engine for warmth, but sadly it found its death as it got fried by the heat and squashed by the bonnet.

The activity from the dead snake awoke the rest of the camp who were still sleeping, and once everyone was awake, ready and fed, we packed up and made our way deeper into this beautiful country that I was falling in love with more and more. 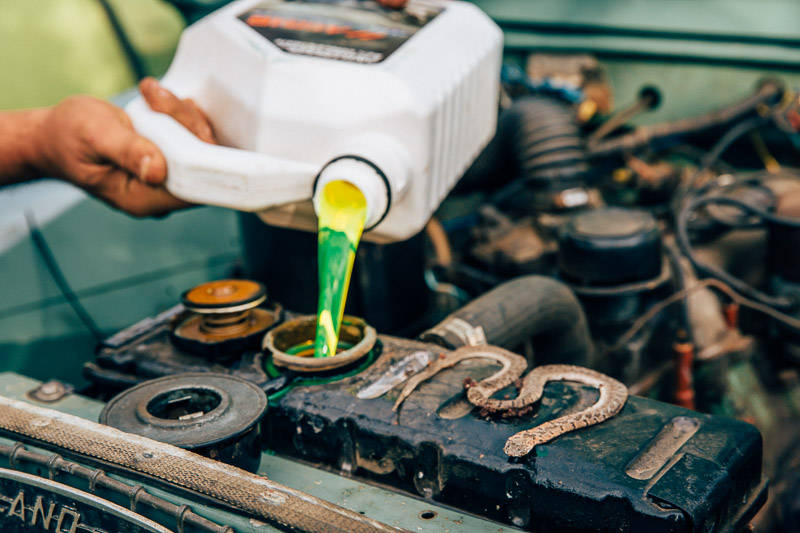 It’s hard not to fall in love with Lesotho with the constant views of rolling mountains, friendly Basotho people and the adventure that comes with the route we were taking through the country. I’ve never actually seen anything quite like it in my life before! You get to the top of one mountain pass, only to find another 3 waiting for you beyond that and then even more beyond those, each with their own breathtaking views from the top and bottom. 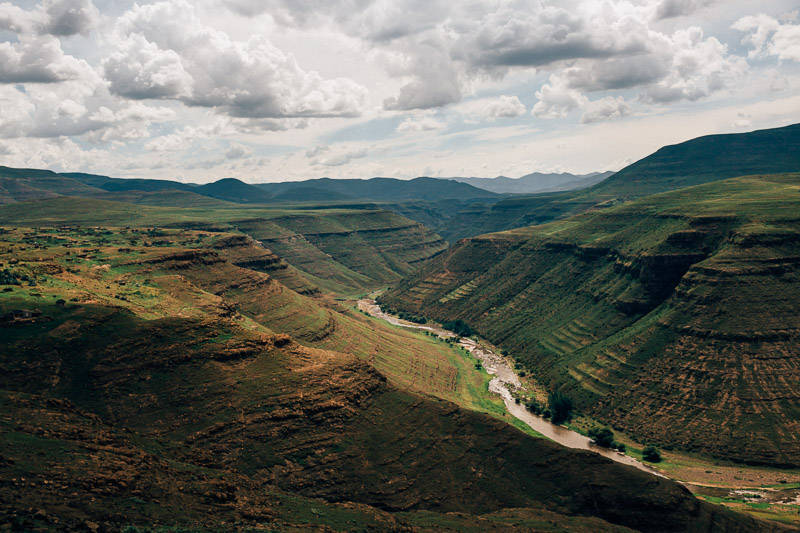 We’d been driving for about 5 hours when we decided to stop at the Koma-Koma Bridge for a convoy photo of the Series 1 Land Rovers crossing the old bridge at the bottom of this newly built tarred bridge, which crosses the Senqu River.

Before we could even set-up for the photo though, I saw all the Landies rushing under the bridge and heading out of sight as if they were in a hurry to get somewhere. 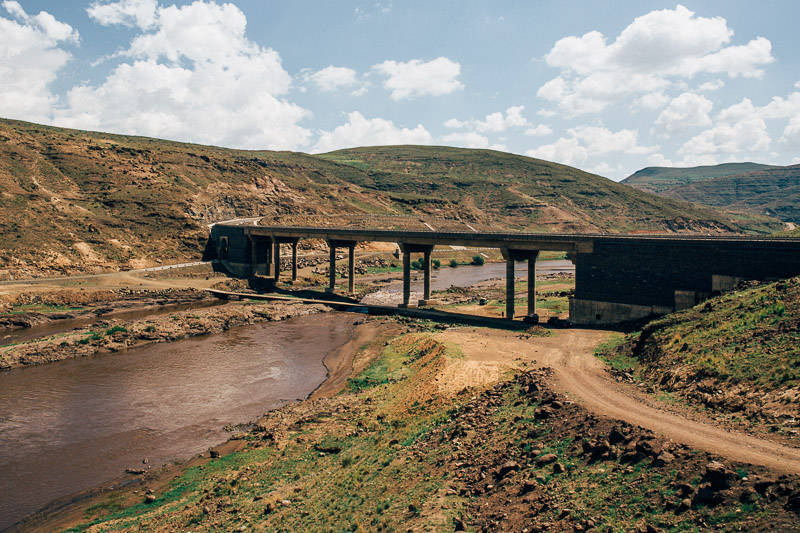 I ran down the hill I was on setting up for a time-lapse, only to hear that a group of villagers came running to the convoy asking to help save their cow who had fallen into thick mud on the banks of the Senqu River at around 4am that morning.

Upon my arrival on the scene, Ross Holgate, David Visagie and a group of Basotho Men was already in the mud trying to get tow ropes tied securely around the cow so that the Series 1 Land Rovers could pull the beast out the mud. 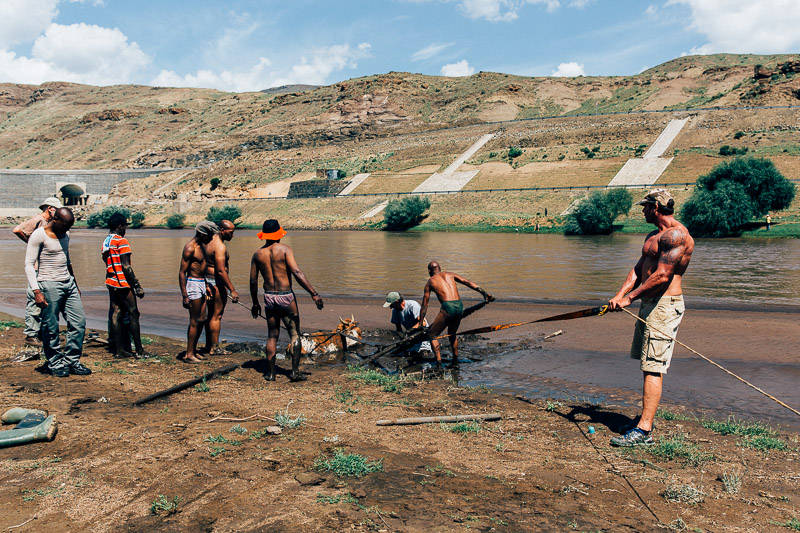 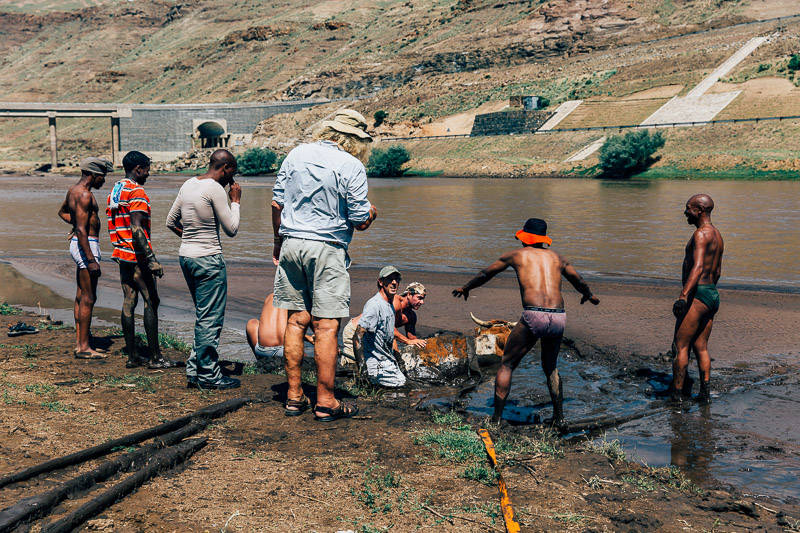 It was such a nerve wracking 45 minutes getting the poor cow out of this thick sludge like mud because the more you pull something deep in that mud, the more it sucks it back in again and cows are pretty heavy creatures, averaging around 500kg to 600kg.

It took a few attempts of pulling the cow out of the Senqu River, because we didn’t want top hurt the cow, or get it’s head under the mud because it would then drown. After a few pulls and a heart stopping moment of it’s nose and mouth going under the mud for 3 or 4 seconds, it came out and it was safe! 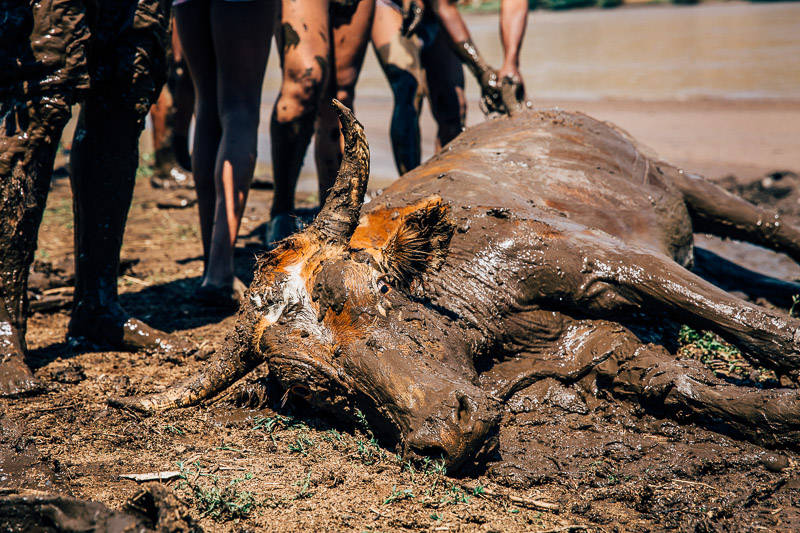 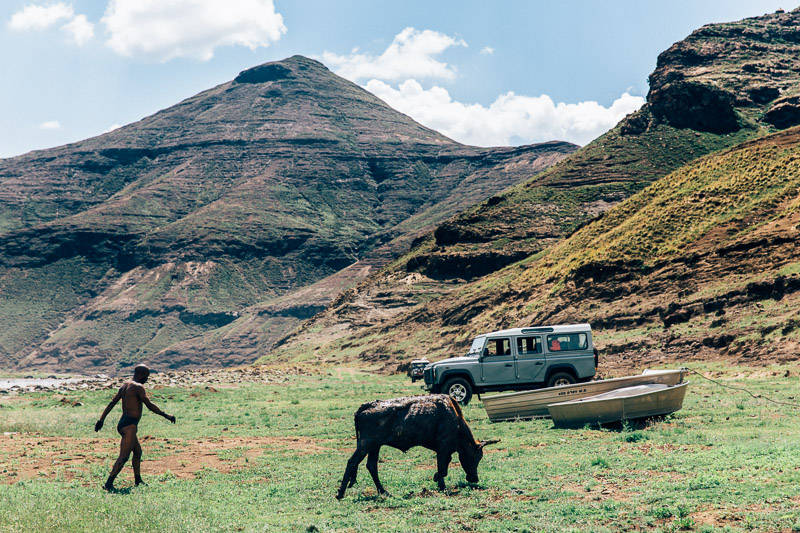 The villagers all came rushing over after the ordeal and couldn’t thank Kingsley, Ross and the rest of the guys enough. There really is something so special about watching men from different cultures come together to help a helpless animal, which essentially is the Basotho people’s livelihood too. 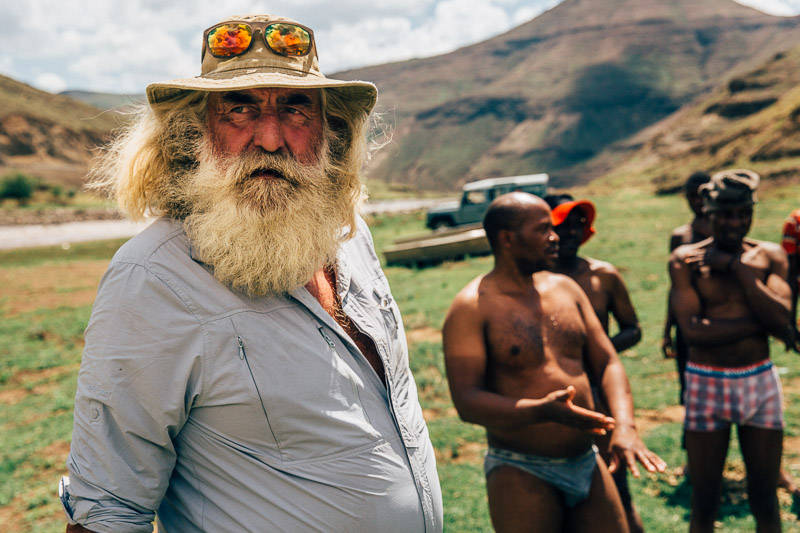 Lesotho was teaching me all sorts of lessons which I’ll treasure for the rest of my life!

We eventually got our convoy photo on the old bridge under the Mohlapiso Bridge and off we went even deeper into Lesotho, with a new respect for nature. 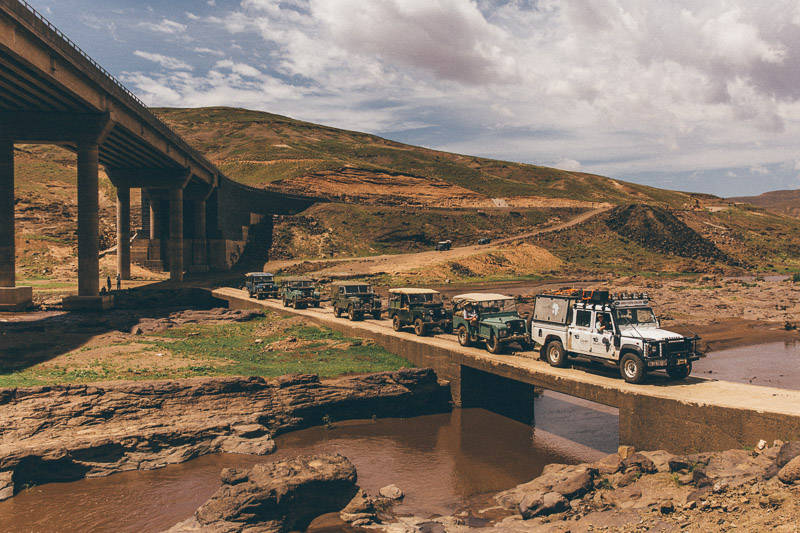 Up and down we went, left and right, and before long we were on a tar road which took to the top of a mountain pass which looked down onto Africa’s 2nd Largest Dam, the Katse Dam.

We drove around the side of the dam for another hour and a half before we reached another dirt road where we all had to drop into low range to make it to the top where we would camp for the night. 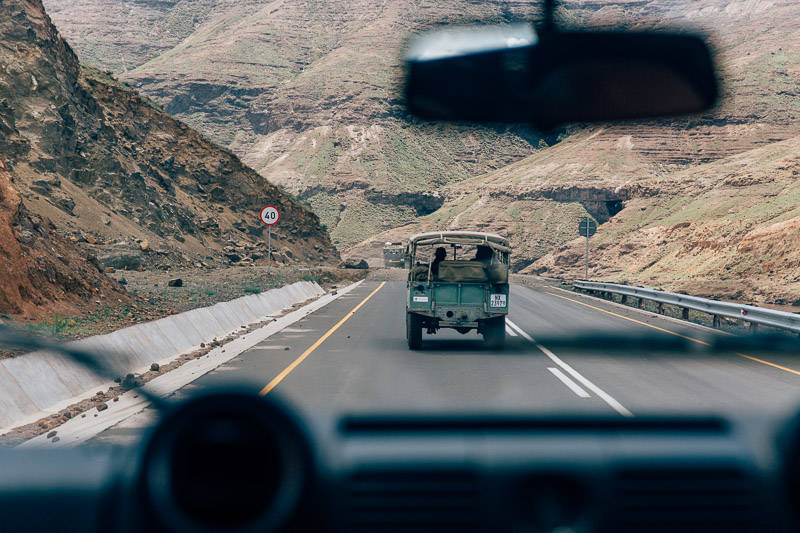 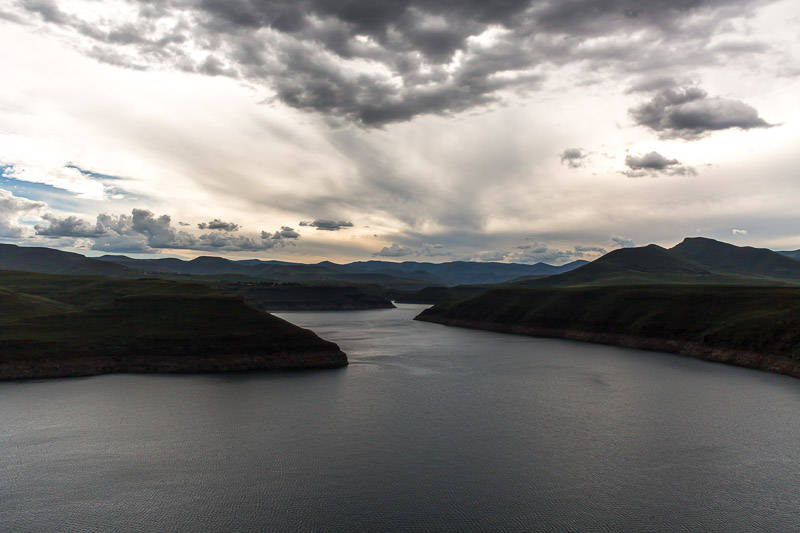 The adventures and events of the day ended with stories around the fire while the sky was occasionally being lit up by lightning in the distance. It wasn’t long before the camp fire died down though and the harmony of snores got louder and louder in the tents around me. 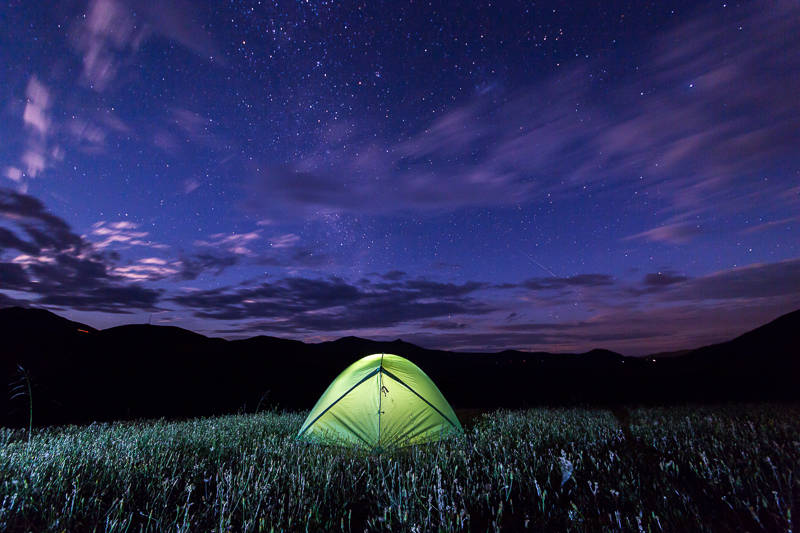 It dawned on me as I was lying in my tent that it was my 2nd last night in Lesotho, which left me with mixed emotions as I drifted into dreamland. I didn’t want to leave this place, that was for certain.

Here are a few more shots I snapped during our 3rd Day through Lesotho! 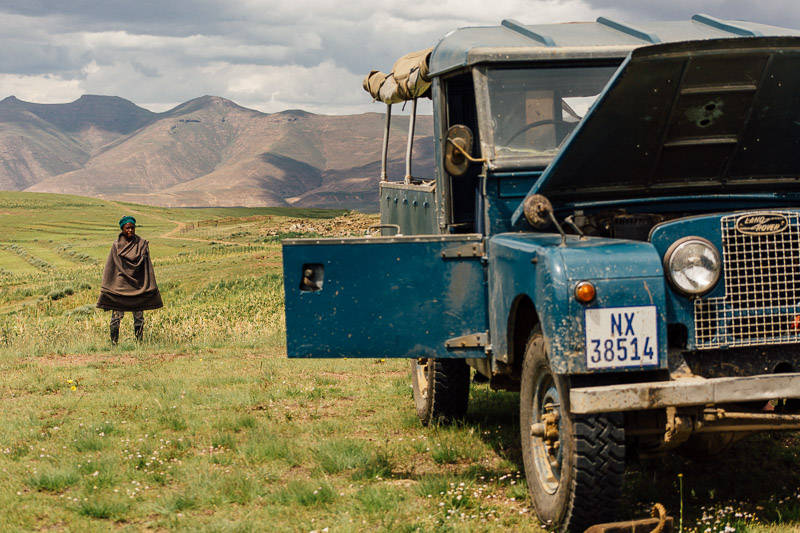 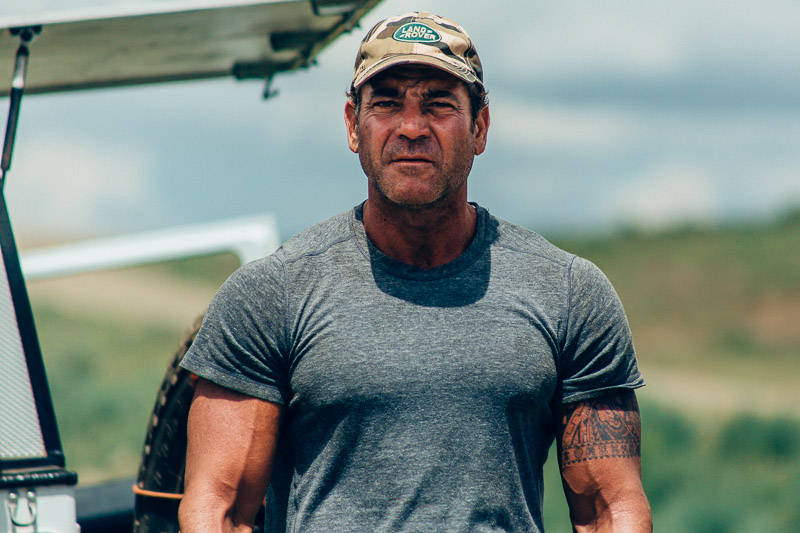 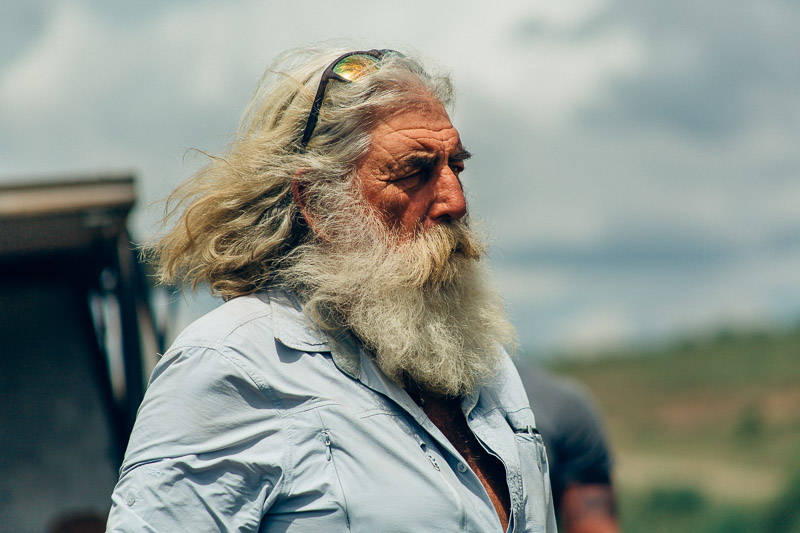 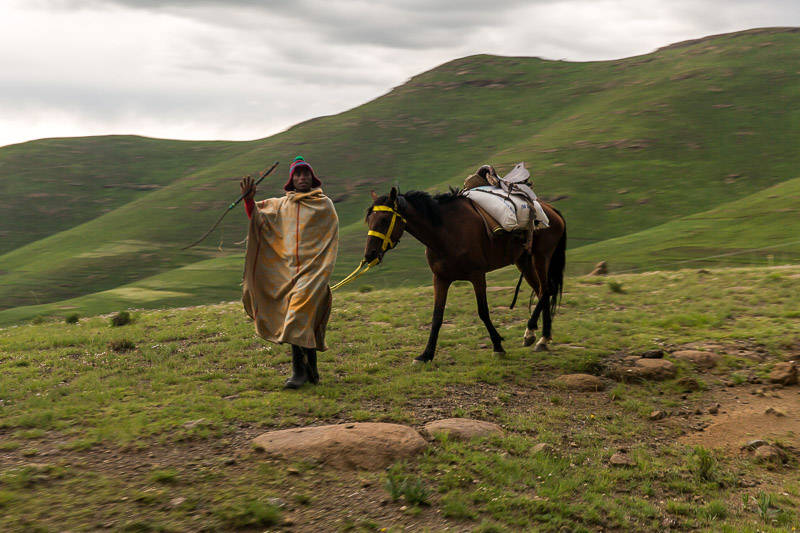 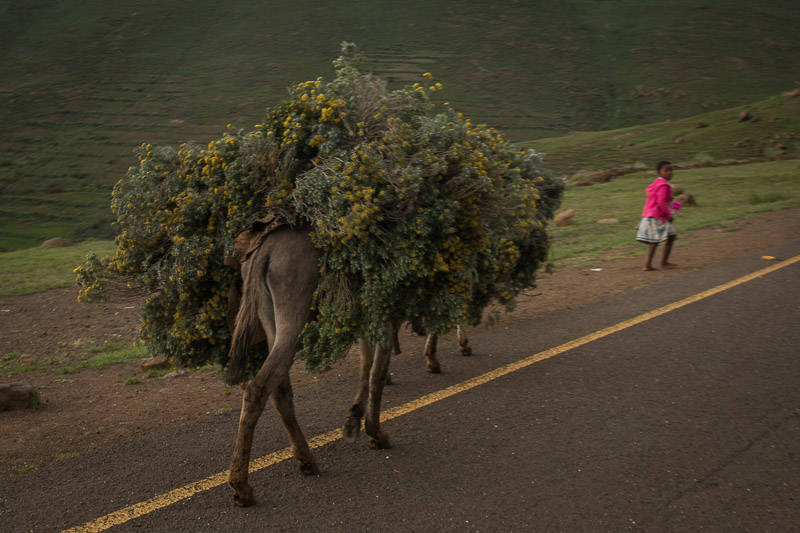 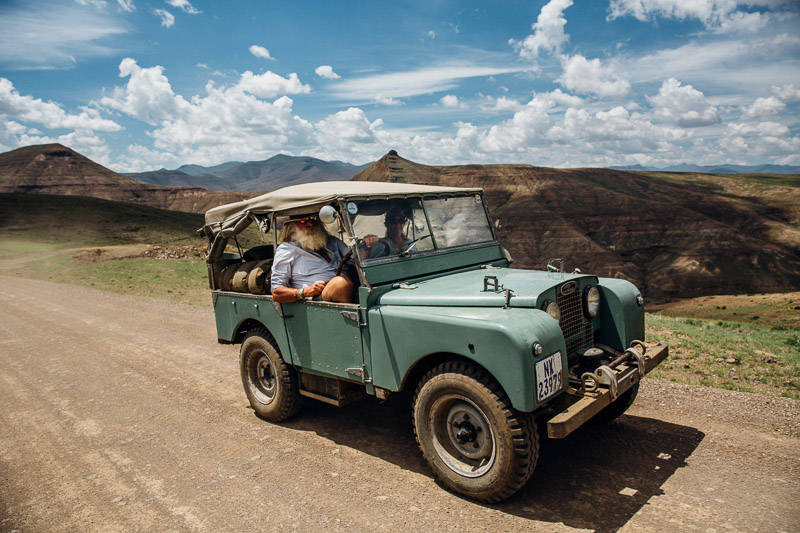 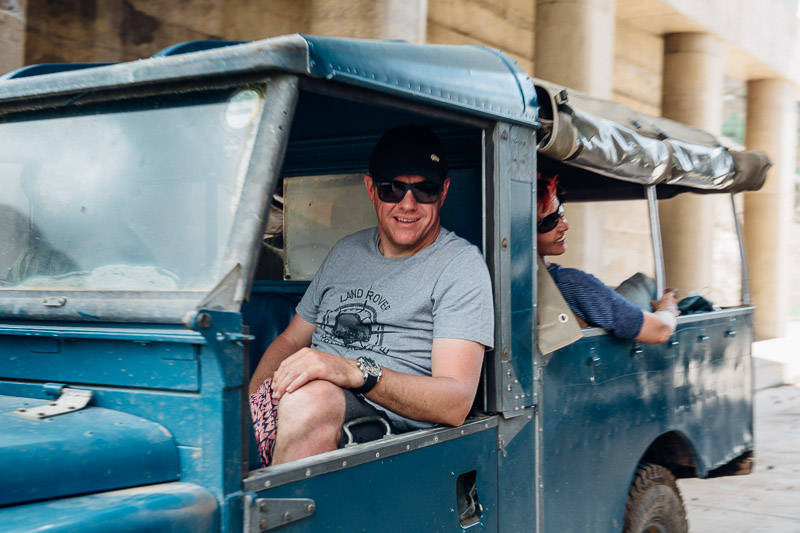 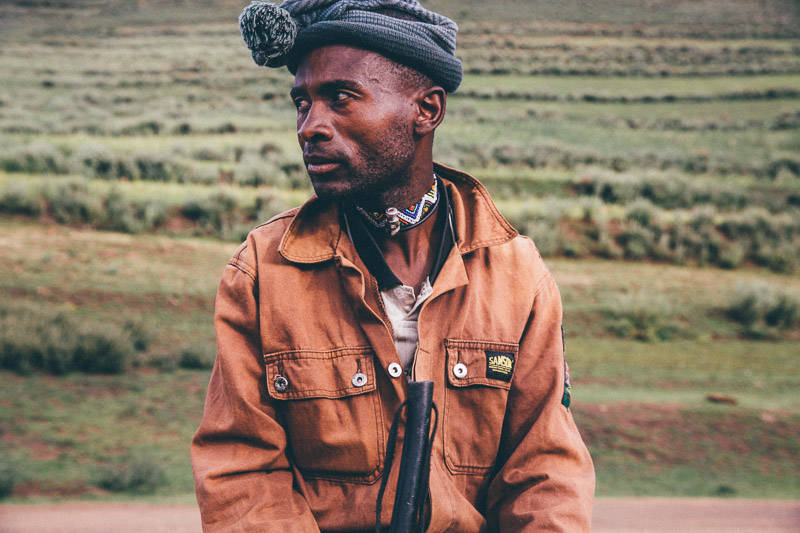 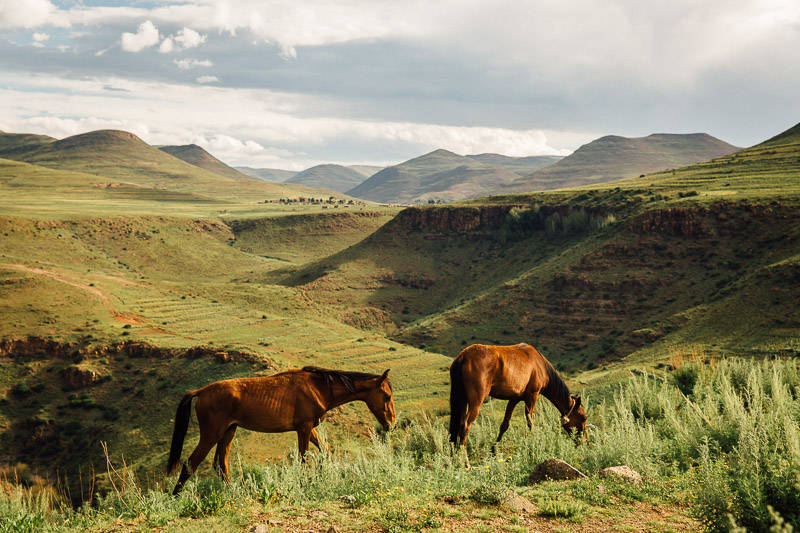 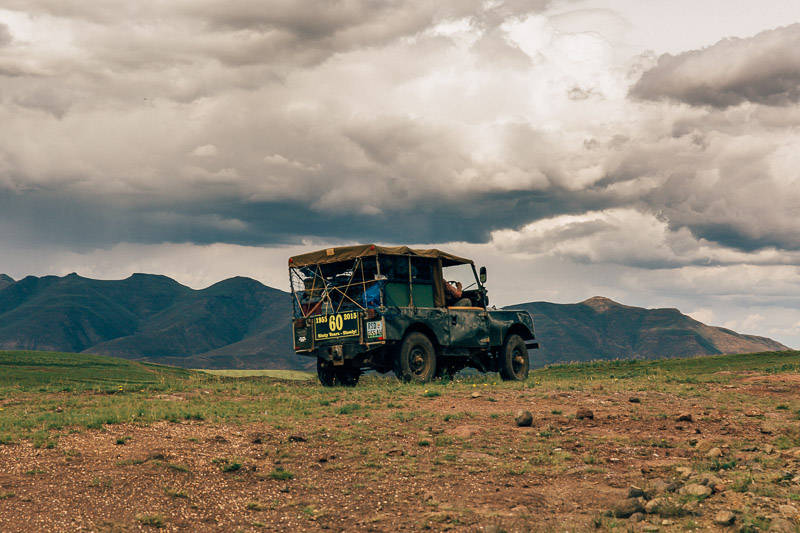