Africa is such a special place and filled with many obstacles along the way if you’re on the road, but one that I didn’t expect was when we needed to make a decision about taking a One Million Rand car across the Great Kei River on a dodgy pontoon.

During our time adventuring through the Wild Coast of South Africa, Carlinn and I needed to make our from Trennery’s Hotel back to Knysna (via P.E.) in one day, for a Facebook Live we had scheduled at the Knysna Heads at 6pm.

The fastest way for us to get there was to use the pontoon crossing at the mouth of the Great Kei River, which we were told was fine to use, but once we saw the actual pontoon, my thoughts started racing about whether or not we should use it, or double back and adding an additional 3 hours onto our trip, possibly more considering the amount of road-works that were happening on that route at the time.

Our decision was to take it over and when the two men controlling the pontoon arrived on our side of the river, their eye’s just about popped out of their heads. They told us they’d never seen such a nice car on their pontoon and they were both in awe that it was a convertible. 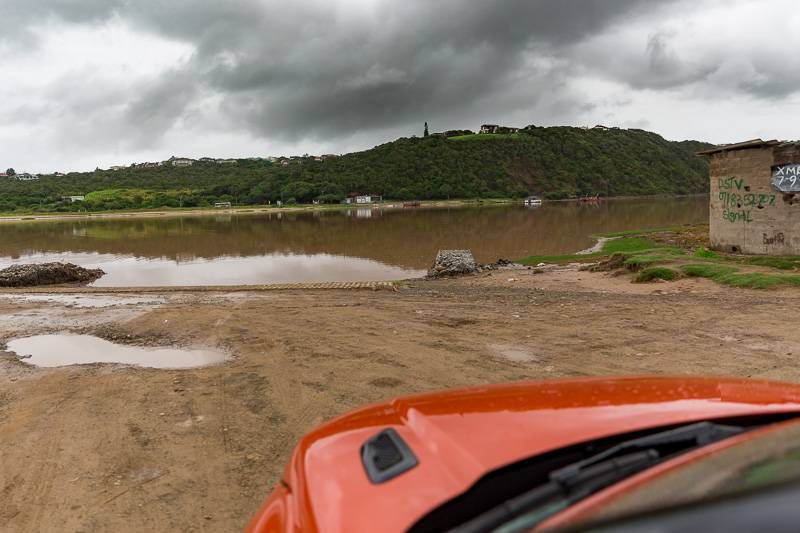 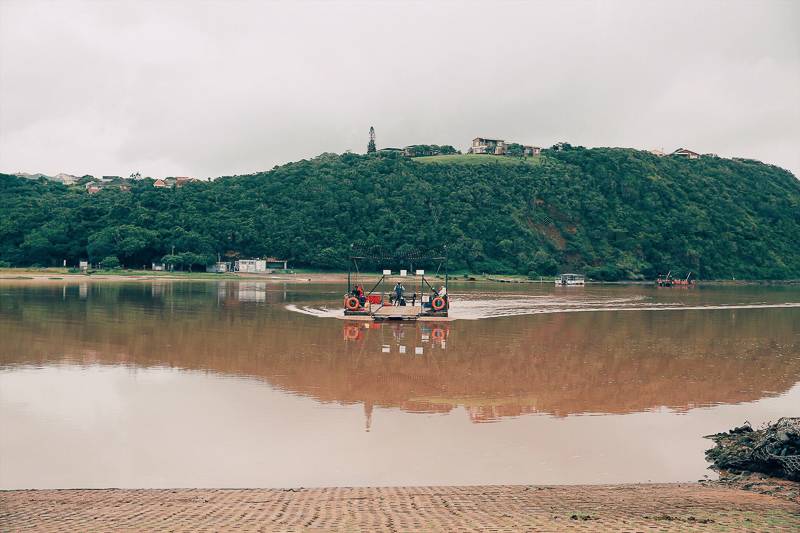 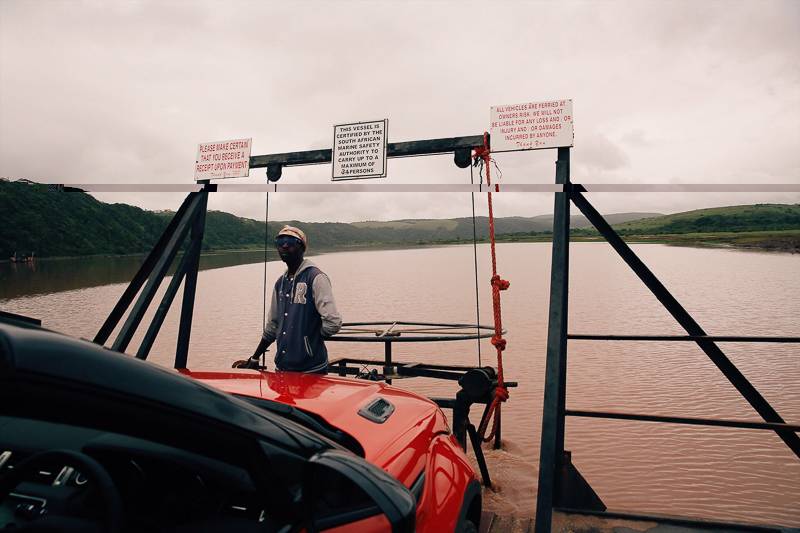 They re-assured us everything was okay and that there was nothing to worry about, so I carefully drove up onto the Pontoon, followed by a small bakkie and a few locals, and off we went.

The trip across took about 10 minutes and cost R80, which was a lot less than the petrol we would have spent driving the additional 3 hours.

So, if you find yourself at the mouth of the Great Kei River, fear not because you’ll be able to cross care-free and not only will you save yourself a 3 hour detour, but you’ll get to see a pretty special side of the Transkei before saying good-bye.

That’s right, once you’ve crossed the Great Kei River in the direction of East London, you’re not longer in the Transkei. 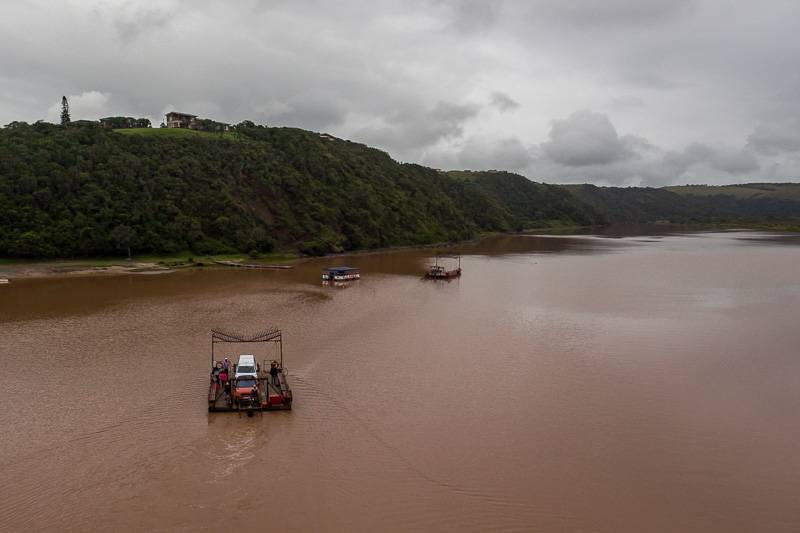 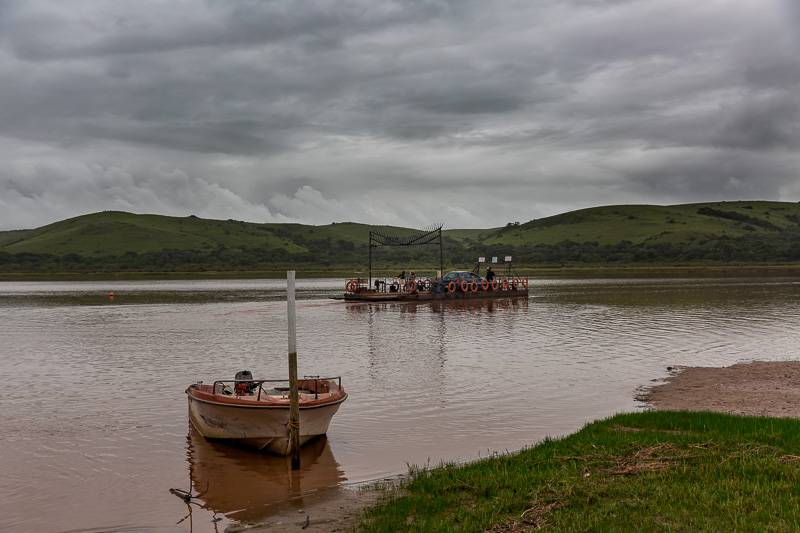 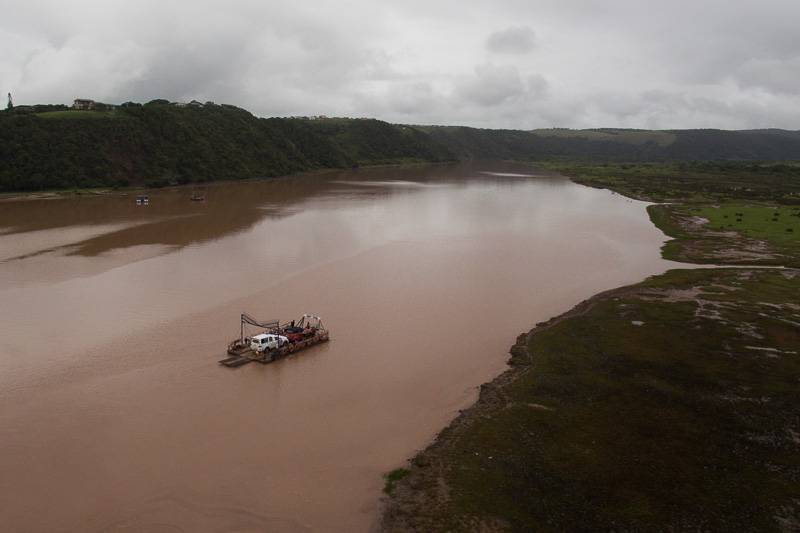