As far back as I can remember, the Land Rover Defender has been around and it’s always been a 4×4 that I’ve been attracted to not only for its unique shape that hasn’t really changed in the last 68 years, but because of what the Land Rover brand stands for, which is to explore!

Now, I’ve never owned Land Rover Defender myself, but I’ve certainly been driven around in my fair share of them, from trips around the Hwange National Park in Zimbabwe to a road trip up the west coast with buddies back in 2005, but one thing that never changes is the feeling one feels while sitting high up above all other cars knowing that you can drive practically anywhere in it! 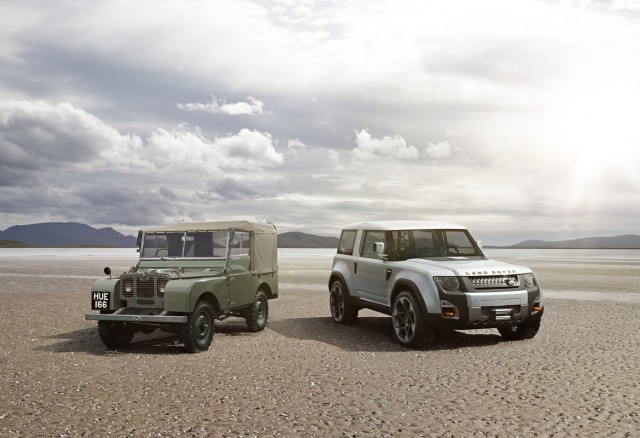 The guys at Land Rover recently dropped their Celebrate Defender campaign on the interwebs, and what they’ve asked, is for people around the world to share their experiences and photos of this iconic vehicle that has been helping people create stories in the outdoors since 1948!

So far there have been stories flowing in of how people have used their Land Rover Defender on Sand Dunes, Water and even in the city on the official Land Rover Celebrate Defender website. Not only are people around the globe sharing their stories, but they are sharing photographs and videos of themselves and their beloved Defender’s.

Here are just 3 of my favourite stories and photographs so far, but there are hundreds more to read on the Land Rover Celebrate Defender website, so be sure to not only read stories told by others, but why not submit your very own story of how a Land Rover Defender has made an impression on your life?!

If I were to share one of my most memorable experiences in a Land Rover Defender, it has to be when we were driving around Hwange National Park as kids in in the late 80’s with my late grandmothers husband, Boobie (his nickname). We were driving merrily along when all of a sudden we had a blow-out, which right in the middle of a game park is never the best thing because you don’t know what is lurking in the high grass next to the car.

Boobie was a little deaf, so when talking to him, you really needed to scream into his ears, so when he was changing the tyre at the back and we saw a pride of lions appear out of nowhere, it got a little tricky to scream for him to get back into the car. So, there he was changing the tyre, with no clue that about 20 meters in front of our Land Rover Defender, there were about 6 or 7 inquisitive lions approaching the car. 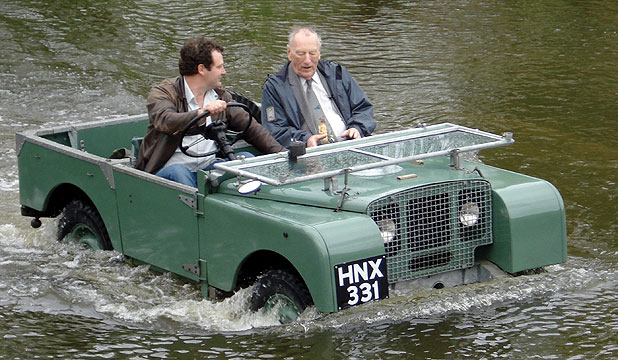 Thankfully something caught his eye and the next thing we knew he was in the car with us shaking with adrenaline pumping through his veins! For some reason, this story has stuck with me since I was a small child and even though I have no photos from that trip, I’ll always remember my gran shouting for Boobie to get back into the car with him just whistling out of tune to himself  with no clue of the man eaters approaching the car.

What is your Land Rover Defender Story? Why not go share your story with the world on the Celebrate Defender website and celebrate 68 years of this rugged car that’s been creating stories since 1948.

Note: I do not own any of the images shared in this post and I’ve credited photographers where I can. If you own one of the images and have not been credited, please contact me.